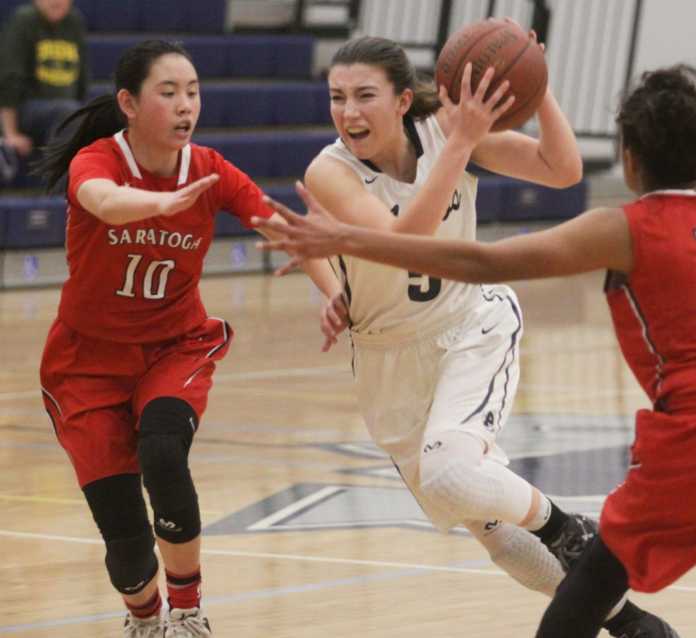 The Santa Cruz Coast Athletic League’s Most Valuable Player last season, Hocom made her commitment on the heels of a college recruiting trip, which featured Ivy League programs Columbia, Penn and Harvard.

After talking it over with her family, Hocom decided N.Y.U., a private school in the heart of New York City which competes at the NCAA Division III level, was the right choice.

“Excited might not be a strong enough word,” Hocom said. “Just being around the city last week, and seeing the opportunity there, made the decision easy.”

The incoming coaching staff, Hocom added, also pushed her in the Violets’ direction. New head coach Meg Barber, a 2002 N.Y.U. graduate, was hired off the coaching staff at NCAA D-I Temple University, where she helped the Owls to consecutive 20-win seasons.

Assistant coaches Nettie Respondek and Mary Kate Tierney also made an impression on Hocom, the Pajaronian’s Girls Basketball Player of the Year each of the last two seasons.

“They said they want to build a D-1 program there and that’s why I liked them,” Hocom said. “They thought I was a D-1 player and not just because of my shooting.”

Hocom, who plans to study business, has helped Aptos win an SCCAL title and a Central Coast Section crown over the last two years.

The Mariners have gone 52-10 in that time, and have the potential to be even better this winter with 10 of 11 players from last year’s team returning. They will, however, have new coach Chris Grieves, an 2002 Aptos graduate who has coached the boys junior varsity the last three seasons, at the helm.

“I just want to play hard and compete,” Hocom said. “You can’t really put too much pressure on yourself to succeed. We’ll think about the state playoffs and state championship from time to time, but I think we all want to go out there and have fun, too.”