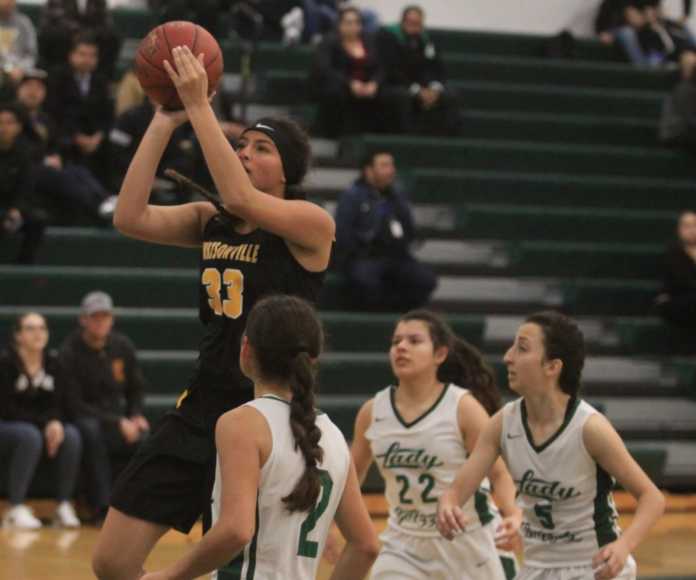 The Watsonville High girls’ basketball team is back in the Central Coast Section playoffs for the first time since 2013.

The Wildcatz earned the No. 12 seed in Division I, and will host unseeded Milpitas High on Tuesday at 7 p.m. in the first round of the bracket.

They were one of five local girls’ basketball teams that made the postseason.

A third-place finisher in the Monterey Bay League Pacific division, Watsonville (15-9) missed the playoffs four seasons in a row, but finally got the nod this time around.

It will be the second meeting between Milpitas (11-13), a third-place finisher in the Santa Clara Valley Athletic League El Camino division, and Watsonville.

The Wildcatz won the first game in mid-December, 54-45.

Aptos High will have a chance to defend its Division III championship from a year ago.

The Mariners (23-3), the outright Santa Cruz Coast Athletic League champions, earned the No. 2 seed, and will be off until the quarterfinal round on Saturday at home.

Aptos will also host the semifinals.

South San Francisco High was the top seed in the division.

North Monterey County High was also placed in D-III. The Condors (12-12), whom finished tied for fourth in the MBL-Gabilan division with three teams, travel to No. 10 Live Oak High on Tuesday at 7 p.m.

Also a fourth-place finisher in the MBL-Gabilan division, Monte Vista Christian was placed in Division IV and will host the winner of unseeded Pacific Grove High and No. 10 The Harker School on Thursday at 5:30 p.m.

It is the Mustangs’ (11-13) seventh straight playoff appearance.

St. Francis High will have a solid chance of advancing to another Division V championship game.

The Sharks were given the No. 4 seed in the division, and are off until the quarterfinal round at Alma Heights Christian on Saturday.

St. Francis (12-13) has advanced to the D-V final in four of the last five seasons, and has won three section crowns over that time.

They finished runner-up last season against Woodside-Priory, which garnered the top seed in the division.