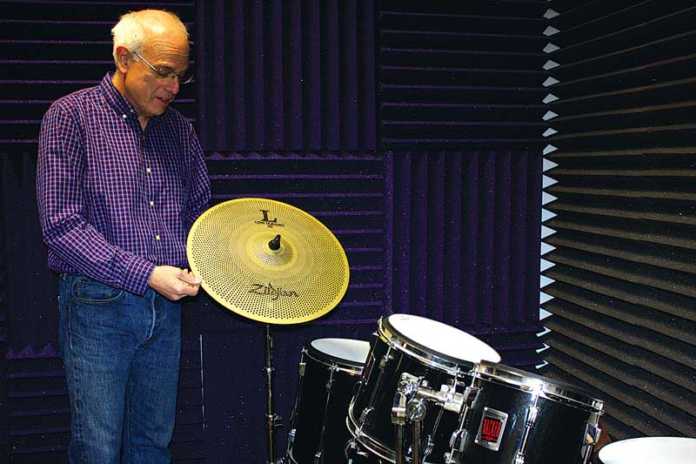 APTOS — For almost a century, Jansen Music has been a staple in the music community, offering instruments, equipment, lessons and repair services.

In July 2016, its existence was threatened when the business was displaced from the Crossroads Shopping Center to make way for Kaiser Permanente. But current owner Jose-Luis Fonseca, or Jody as people know him, was not going to let the legacy end there. Instead, he relocated to Aptos.

“Like a lot of the merchants, we were displaced,” he said. “I looked around for the best spot, and here it was.”

More than a music store, Fonseca said he is providing community — a place for community to happen — by holding open mic nights, performances, music lessons and sharing his knowledge with others.

“On one level it is a way for me to pull together some of my own talents,” Fonseca said. “My knowledge of music and knowledge of printed music, and knowledge instruments and my love for tinkering with mechanical objects and fix things.”

For Fonseca, retail is no longer just about setting things out in the open and selling them. Rather, he said it is about creating an experience. The combination of internet sales and a decrease in musical education are nationwide contributors that Fonseca said are forcing shops to reinvent themselves.

“Music stores, like bookstores, have been under a lot of pressure,” he said. “They have to invent themselves in ways that are meaningful to the community. Things can happen differently within these walls, and you are valued for different things inside these walls than you might be outside.”

Already with a history of hosting open mic sessions for burgeoning artists, he is wanting to be more of a performance venue — complete with a mobile stage —  with more performances than previously.

“I want to be other than just a place to come in and buy stuff,” he said. “Because there are lots of places to buy stuff — people can buy stuff and not even leave their home or get out of bed. You have to provide people with more.”

But it is taking time to reintegrate into a new community, according to Fonseca. While some of his customers who originally hailed from Aptos were thrilled, awareness is not what it used to be.

“That’s what is taking some time,” he said. “Getting them to just come in to the store once or twice, I call it putting myself in their flight path, because people shop out of habit.”

Instead, he wants his store to be the default destination.

“Hopefully they will get used to going here,” he said. “Because people don’t like change, Even if it’s good, they still don’t like it.”

Combating the disassociation that comes with change, Fonseca is hoping to spread the message that Jansen’s is “alive and well.”