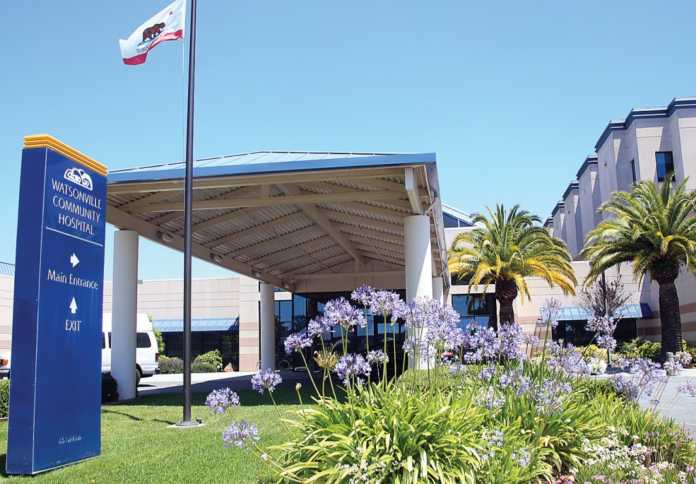 WATSONVILLE — The Pajaro Valley Community Health Trust (PVCHT) announced Thursday that it will not purchase Watsonville Community Hospital, after the organization failed to secure financing.

The announcement on Thursday afternoon came two months after PVCHT publicly stated its intentions to buy the hospital.

“We are deeply disappointed this acquisition could not be completed,” James said. “The Health Trust is committed to making sure Pajaro Valley residents have access to quality health care, and we stand ready to assist Watsonville Community Hospital in making sure that objective is met now and in the future.”

James said the decision came after consulting legal, financial and operational experts. He said the purchase was “infeasible” due to the limited time frame in which to secure funding.

After the trust announced its plans to buy the hospital in July, it had 45 days to put down a $4.5 million, 10-percent down payment, 180 days for an additional 5 percent and 270 days to finalize the $45.5 million sale.

“The Health Trust engaged in a good faith effort to find a path forward to acquire and operate Watsonville Community Hospital on behalf of our residents, stakeholders and community,” said Shebreh Kalantari-Johnson, Chair of the PVCHT of Directors. “We have exhausted all avenues in arriving at this very difficult decision. Unfortunately, the financial challenges were too significant, and the time frame too short, for us to move forward.”

Halsen Health Care is a one-year-old organization formed to buy the hospital.

Chairman and CEO Dan Brothman said his company had been working for more than a year to make the purchase from current owner Tennessee-based Quorum Health Corporation, which has owned the hospital since 2016.

Brothman said he hopes to finalize the purchase by Oct. 1.

“We’re very committed to doing what’s best for the hospital and the community, and working closely with the Health Trust,” he said.

Brothman has said in the past that Halsen will run the hospital with a focus on its community roots, and that the company will not be a publicly traded company and therefore not answerable to shareholders.

Once the sale is completed, Halsen plans to sell the building and property to Alabama-based Medical Properties Trust (MPT), and then lease it from them in a so-called sale/leaseback.

Such a transaction – fairly common in commercial real estate – would allow Halsen to run the hospital while reinvesting the money into it.

MPT is a publicly traded company, boasting total assets of $8.8 billion and an annual revenue of  $784.5 million, according to the U.S. Securities and Exchange Commission.

Brothman said that Halsen’s team has years of individual experience managing hospitals, although Watsonville Community Hospital will be the company’s first.

TODD GUILD - October 19, 2021
WATSONVILLE—Judy Gittelsohn has big plans for the downtown Watsonville arts scene. For the past two months, Gittelsohn has been slowly but surely moving her artwork,...