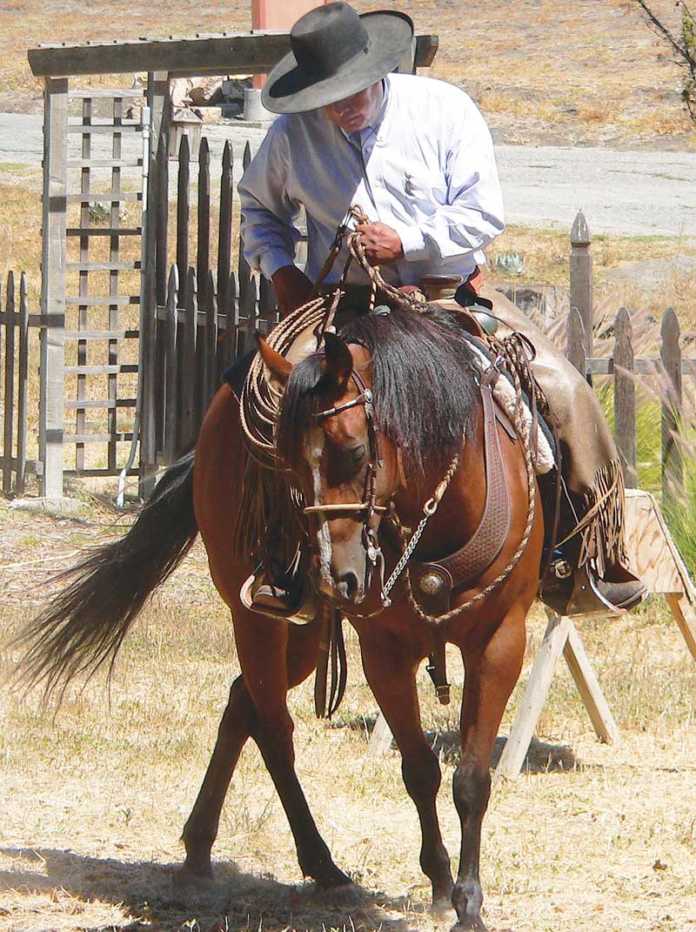 WATSONVILLE — In the days when ranches and wilderness made up much of the Central Coast, the Castro family owned some 13,000 acres, on which they farmed and raised cattle.

The family also owned the Castro Adobe, which was part of a network of haciendas throughout the state that were waypoints and rest stops for weary travelers.

Still surrounded by a vast array of farmland, the Castro Adobe now serves as a link to that bygone era. It is the region’s next State Historic Park and the first non-beach state park in south Santa Cruz County.

In May, Friends of Santa Cruz State Parks, the organization that is restoring the Castro Adobe, is presenting Vaqueros on the Ranchero, an event created to highlight the tradition and skill of vaquero horsemen who kept watch over the giant herds.

Proceeds from ticket sales will go to the restoration efforts.

“The history, horsemanship, equipment, knowledge of land use and lifestyle of vaqueros are revered traditions with deep ties to the Castro Adobe,” said Bonny Hawley, executive director of Friends of Santa Cruz State Parks. “We are excited to share more of the history of this property, which we are working tirelessly with California State Parks to restore, while raising money to support the new park.”

During the event the horsemen will share aspects of early vaqueros, along with how and why the culture is maintained today.

Jeffery Mundell and Victor “Buddy” Montes will show their horses and gear, along with the art of using a 60-70 foot rawhide riata for “big loops.” Attendees will learn how the traditional vaquero’s knowledge of land comes into play today with grassland conservation programs.

The Castro Adobe was built in 1849 by Juan José Castro, whose father came with the Anza expedition in the 1760s.

The house had the only fandango room — a large dance hall — for hundreds of miles. It was a place where dances, weddings and other events would draw visitors for miles, according to Charlie Kieffer, whose great-great-grandmother, Maria de los Angels, once lived there.

The two-story house was the only of its kind built in Santa Cruz County, and boasts one of only five Mexican-style kitchens left in the state.

Vaqueros on the Rancho will be 1-4 p.m. Saturday, May 6, at Castro Adobe State Historic Park, 184 Old Adobe Road. Tickets are $25 and are available at vaquerosontherancho.eventbrite.com or by calling 429-1840. Advance ticket sales only.

Additional donations are accepted, and will be matched 1:1 toward the opening of the park, up to $317,920 by the James & Carol Toney Fund.

The event will include light refreshments, tours of the Castro Adobe as well as artisan and craftsmen wares on display and for sale, including: spurs, bits, silver and leather items and braided rawhide.