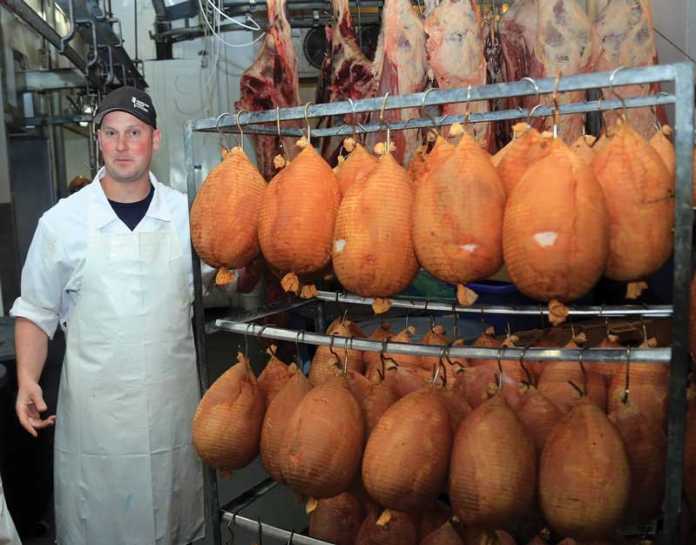 WATSONVILLE — If specialty meats will be on your table during the upcoming holidays, now is the time to get your order in at two local meat businesses, Freedom Meat Lockers and Corralitos Market & Sausage Co.

Though Thanksgiving is next week, orders are starting to pile up and products do run out, said Howard Walker at Freedom Meat.

“People really should have ordered yesterday,” Walker said. “Orders are coming in.”

“And what’s really popular is our brine turkey,” he said. “The flavor and juices are just incredible with the brine.”

Among a wealth of meats and dozens of house-made sausages, the business also carries smoked turkeys, hickory jerky, barbecue bacon, pepperoni snack sticks, raw turkeys and a prime rib that is cut, tied and seasoned and comes with cooking instructions.

Corralitos Market & Sausage Co. has been a mainstay in that quaint community since its inception in 1957.

While the company is known largely for its several varieties of hand-made sausages, customers flock to the little shop during the holidays for smoked turkeys and hams, said market co-owner Dave Peterson.

“The smokehouses are going all the time,” he said.

Another popular item is the store’s gift packages, which includes bacon, ham, sausages and other meaty delicacies, Peterson said.

For information about Freedom Meat Lockers, call 724-4355. For information on Corralitos Market & Sausage Co., call 722-2633 or find the market on Facebook.