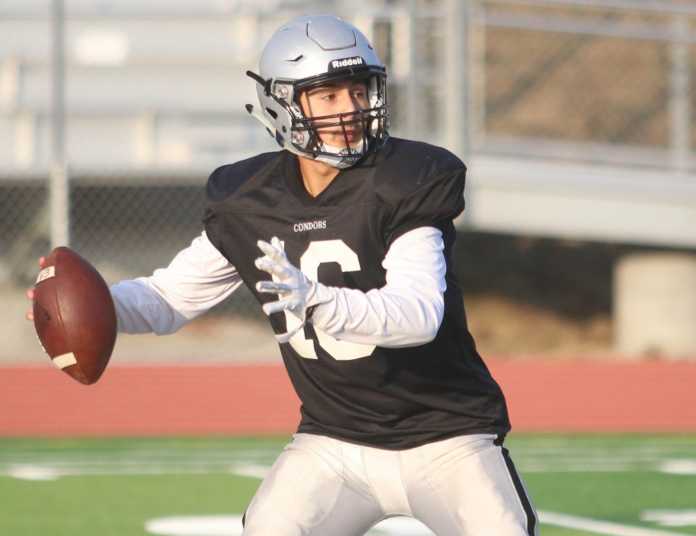 North Monterey County had its share of ups and downs last season, showing glimpses of success but also displaying signs of a team struggling to close out games.

The Condors finished 3-3 in league play and settled for fourth in the Pacific Coast Athletic League’s Cypress division.

The Condors will face a trio of newcomers to the PCAL-Cypress division. Gonzales High and Soquel High both moved up from the Santa Lucia division, while Watsonville High dropped down from the Mission Division.

N.M.C. will be the second-largest school in the PCAL-Mission division in terms of enrollment with 1,124 students.

Here’s a breakdown of this year’s N.M.C.’s football team:

Editor’s Note: This entry is part 3 of 6 in a weekly series that will delve in each local high school football program’s schedule. Following alphabetical order, Pajaro Valley High’s breakdown will run in the Aug. 16 edition of The Pajaronian.