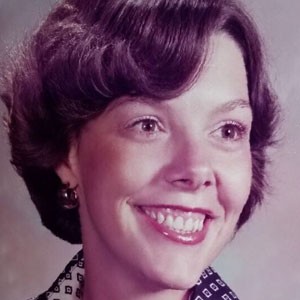 Janece Carter Streig died unexpectedly in Salinas, California on March 5, 2018 at the age of 63 years. She was peaceful and in the presence of her family.

Janece is survived by her mother Bessie Jane Carter of Sunnyvale, her husband of 28 years Mark Streig of Watsonville, children Melissa and Charlie, sister and in-laws Charla Carter, Dave and Jan Streig, and Eric and Debi Streig, and nieces and nephews Jeremy, Ashley, Brett, Courtney, James, and Casey. She was preceded in death by her father Charles Duane Carter.

Janece was born at Ft. Leavenworth, Kansas on August 16, 1954 to Charles Duane Carter and Bessie Jane (ne Elwood). As a Navy brat, she grew up all over the country, settling in Alameda, CA, where she graduated from Encinal High School in 1972, attained an A.A. degree from the College of Alameda in 1980, and a B.S. in Business Administration with concentrations in Accounting and Finance from California State University Hayward in 1984. She was a past Worthy Advisor in Rainbow Girls and a 45 years member of Eastern Star. She spent the last 34 years working for Monterey Mushrooms primarily as the Audit and Tax Manager. She met her husband Mark through Monterey Mushrooms Corporate HR in 1989.

She loved her family and friends, especially her children. Janece loved history (was the volunteer historian for the Agricultural History Project), genealogy (was an Ancestry.com pioneer and belonged to numerous genealogical societies), quilting, art, and music. She was a life-long blood donor and an organ donor at the end. She will be missed by many.

A memorial service will be held by her family on Saturday, March 31st, in the Fine Arts Building at the Santa Cruz County Fairgrounds, located at 2601 E. Lake Ave, Watsonville, CA 95076 beginning at 12:00 pm. Contributions in Janece’s honor can be made to the Donor Network West, Agricultural History Project, or the Humane Society. Mehl’s Colonial Chapel has been entrusted with the arrangements.