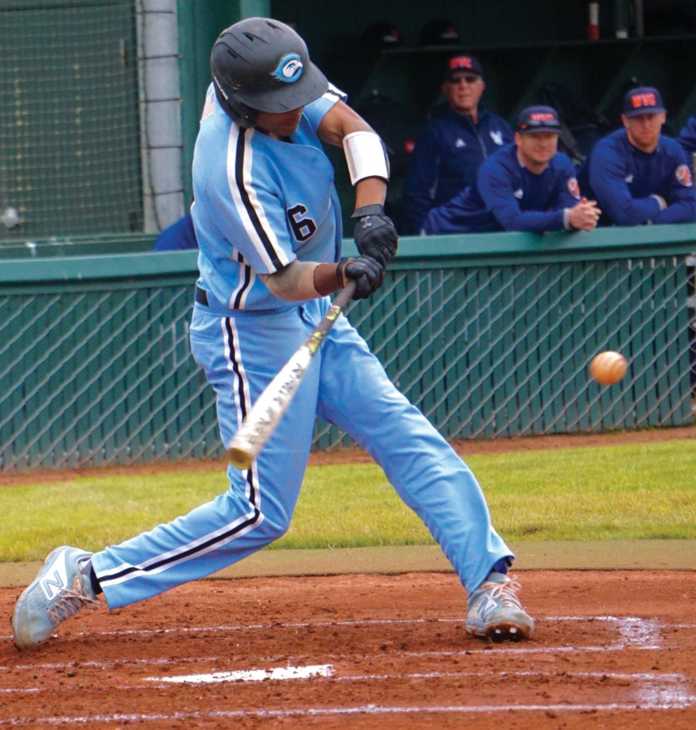 In their first game of the 2019 Coast Conference Pacific season, the Cabrillo College Seahawks continued to feast off the production of the top of their lineup. Sophomores Kia Moody, Rex Gomez and Ryan Junker drove in a run before most fans had a chance to finish paying for parking in the bottom of the first inning.

Freshman pitcher Gio Besio (5-1) threw a complete game of three-hit ball, allowing just one run while striking out four, as Cabrillo easily took the first of a three-game series, 6-1, against Skyline College Trojans in Aptos on Monday.

First pitch is scheduled for 1 p.m.

• Cabrillo picks up 2 wins – The Seahawks spent the past week doing their best to play ball, going so far as to play scheduled home games at neutral sites. However, inclement weather around the state continued to impact their schedule, forcing them to postpone games against San Jose City College and West Valley College.

Cabrillo was forced to flee south to the campus of Cal State Monterey Bay to take advantage of the dryer field conditions in order to host the Porterville College Pirates for a double-header on March 2.

The Seahawks took out their frustrations on the Pirates defeating them 9-3 in the early game and 9-4 in the afternoon.

Brianna Lamb had herself a day for Cabrillo against the Pirates, exploding for two homers, six RBI, four runs and a double.  Lamb also pitched a combined 5 2-3 innings of relief allowing one run and striking out five batters.

Sophomore pitcher Miranda Jansich (8-2) started and won both games for the Hawks, giving up a combined six runs on eight hits and striking out nine over 8 1-3 innings.

The Seahawks will make up one of their postponed games today in Saratoga against the West Valley Vikings before “hosting” Redwood College in the second game of the double-header.