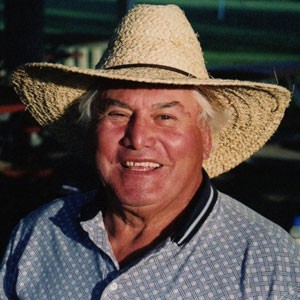 On August 16, 2019 Jose O’Brien passed away peacefully at home after a long illness.

He touched many hearts with his larger than life presence. Jose is remembered for his love of nature and wildlife, hiking, cooking, baking and eating. He loved farming on his property in Monterey County and spent many happy days under the oak trees and in the sunshine. Jose’s positive attitude and sense of humor brought lightness to any situation. He retired from H.A. Rider & Sons where he was the plant foreman. He was respected for his unwavering work ethic and his ability to fix just about anything mechanical.

Jose moved to Watsonville when he was in his twenties from Guadalajara, Mexico. He played league soccer locally and had a lifetime enjoyment of the sport. He met and married Maria O’Brien (deceased) and raised four children with her. He was remarried to Guadalupe Lopez O’Brien, and had a son, Christopher with her.

He was preceded in death by his first wife and best friend, Maria Elena O’Brien in 1992; his parents Benigno and Josefina O’Brien; and his niece Laura Garciacano Sobrino and nephew Mario Garcia.

The O’Brien family thanks Hospice of Santa Cruz nurses and staff for their support.

Visitation services will be held on Saturday, August 24, 2019 5-9 PM with a Rosary at 7PM at Ave Maria Memorial Chapel.