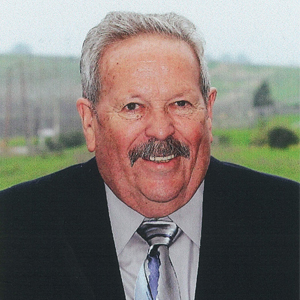 Ken Lewis passed away at UC Davis Medical Center on June 21, 2017 from a hemorrhagic stroke which his wife JC, niece, and friends by his side.
Ken was born in Oakland, CA and moved to Watsonville, CA when he was two. His parents Helen Smith Lewis and Frank “Buster” Lewis preceded him in death, along with his brother Frank and former wife Valarie E. Dean Lewis.
The family Ken is leaving behind are his loving wife JC Lewis; two sons Matt and Jeff; his sister Maryann Nichols; brother-in-law Bob Caswell; niece Bobbi Proctor; along with 3 grandchildren, aunts, uncles, nieces, nephews and their children, along with many friends and colleagues.
Ken grew up in Watsonville. He was on the Jr. Rifle League, high school swimming team, ROTC, and a short stint at Fort Lewis, WA. He graduated from Watsonville High in 1956. Ken attended Cal Poly in San Luis Obispo, received his Land Surveyors License in Dec. 1970 and his Professional Engineers License in Feb. 1975. He worked for the City of Watsonville for 34 years as a Civil Engineer. Ken was most proud of the designing and development of the Pinto Lake Park in the City of Watsonville, where he received the Award of Excellence in May of 1982 for Community Improvement for the Unique Park Planning in Santa Cruz County. In 1969 Ken researched and assisted with the finishing touches and placing of an old 1840 relic cannon on the City Plaza in Watsonville. That cannon had been fired in Sept. 1850 in San Francisco when California was admitted to the Union.
Retiring from the City of Watsonville in 1999, Ken and JC started Lewis Engineering & Land Surveying, a consultant business, where he worked for several municipalities and counties. Ken was the acting County Engineer for San Benito up until the time of his death. Ken was the 13th generation Land Surveyor in his family.
Ken and JC were married in 1993 in Aromas, CA and had been inseparable with love in their hearts, joy, laughter and fun in their lives. Ken and JC moved to Pollock Pines in 2014, where they had visited for the past 20 years.
Ken was a member of the APWA, SAGE, SIR, PPCCA, the Moose and Elks lodges. He was well-liked, a pleasure to know, always had a helping hand, a generous heart and a smile on his face. Ken was loved and will be missed by many, but the Lord decided it was time for him to say goodbye to all of us for now.
JC Lewis would like to thank everyone for the wonderful support and kind words she has received from the many friends and colleagues during this sad and difficult time. “Ken will no longer be by my side, but he will be forever in my heart and my love.”
Kenneth chose cremation and will have his remains scattered at sea. As Ken wished, there will be no formal service. There will be a Personalized Bench placed in his memory at the Pinto Lake Park in Watsonville. Date of dedication of the bench will be announced at a later date.