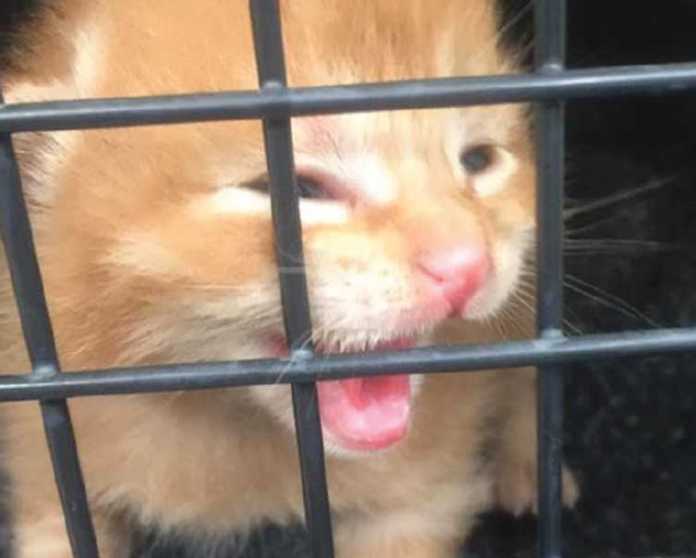 WATSONVILLE — A local nonprofit announced that it had saved 37 kittens across Santa Cruz County last week, including three that were found abandoned at the Buena Vista Landfill.

Of the 37 that were found, 14 kittens were considered “neonatal,” according to Heading Home Animal Rescue. These kittens range in age from hours old to about four weeks, requiring volunteers to care for them around the clock.

The three kittens found at the landfill were two weeks old, and were taken to the Watsonville location of the County Animal Shelter and Heading Home was called in to assist with their care. The kittens were covered in what appeared to be “gnaw” marks from rats.

One of the kittens was taken to Animal Hospital of Soquel, where the team there decided that it needed a tail amputation. The surgery was a success and the kitten, now named “Sunset,” is recovering in foster care with her siblings.

Heading Home has a network of more than 200 volunteers assisting with everything from foster care to community outreach. They began in 2011 and the current executive director, Melissa Finley, took over their programs in 2014.

In 2016, they were able to assist with finding permanent homes for 723 animals.

“Working Whiskers” is a feral and unsocial “barn cat” placement program. This program matches cats that aren’t social enough to go into a traditional adoptive home with members of the community who are looking for natural rodent control. Heading Home interviews potential placements to ensure that they will provide appropriate care for the cats. The Santa Cruz County Animal Shelter provides the upfront medical care for the cats on their behalf. More than 100 cats were placed through this program in 2016.

Heading Home is looking for more volunteers, foster homes and sponsors and donors. They are currently in need of supplies for bottles for kittens. For information, visit www.headinghomerescue.org.