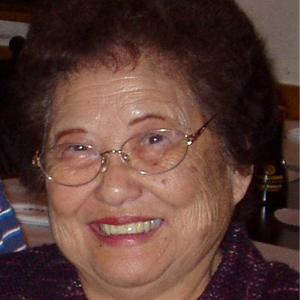 Saratoga – Kiyo Arao, age 84, passed away peacefully with her family by her side.  She was born and raised in Watsonville, CA until being incarcerated in Poston, Arizona (Internment/Re-Location Camp) during World War II. She was the youngest in the family of ten siblings.  After the war ended, she lived in Denver and Chicago before returning home to Watsonville, where she graduated as Salutatorian from Watsonville High School.  She met her future husband Takanori Arao from nearby Davenport and they married on Feb. 3, 1957.  They had three children Karen (Kendall) of Los Gatos, John (Lois) of San Jose, and Jimmy (Yoshiko) of Seaside. Grandchildren: Stephanie and Melissa Wilcox, Jenna Kumamaru, and Bruce Arao. She also had numerous nieces and nephews.
She worked as the school secretary for Linscott Elementary, MacQuiddy Elementary and then Bradley Elementary.  She had many friends from each of these schools who have remained friends to this day.
She was an active member of the Watsonville Buddhist Temple and the JACL Seniors group.  She enjoyed going gambling with family or with the seniors.  Although she hardly ever came home ahead, she always had a great time.  She enjoyed dancing and crocheting and was very talented.  Her nimble fingers worked so fast as she quickly completed projects (making lap blankets for seniors and slippers for family and friends).
Her grandchildren were the light of her life and she always was thrilled to see them.  She loved talking to them and hearing what was going on in their lives.  They could do no wrong and of course they were the cutest things around.  Stephanie and Melissa both graduated from UCSD and UCLA and Bruce recently started at UCSB.
She also loved her McDonald’s morning coffee group.  They would meet regularly and have wonderful stories to tell.  When her medical issues began to interrupt her life, that is what she said missed most, seeing her friends and grabbing something she shouldn’t be eating.
Funeral services will be held on Saturday, October 7 at 2pm at the Watsonville Buddhist Temple, 423 Bridge Street, Watsonville.
Arrangements have been entrusted in the care of the Carroll Family of Ave Maria Memorial Chapel, www.avemariamemorialchapel.com.