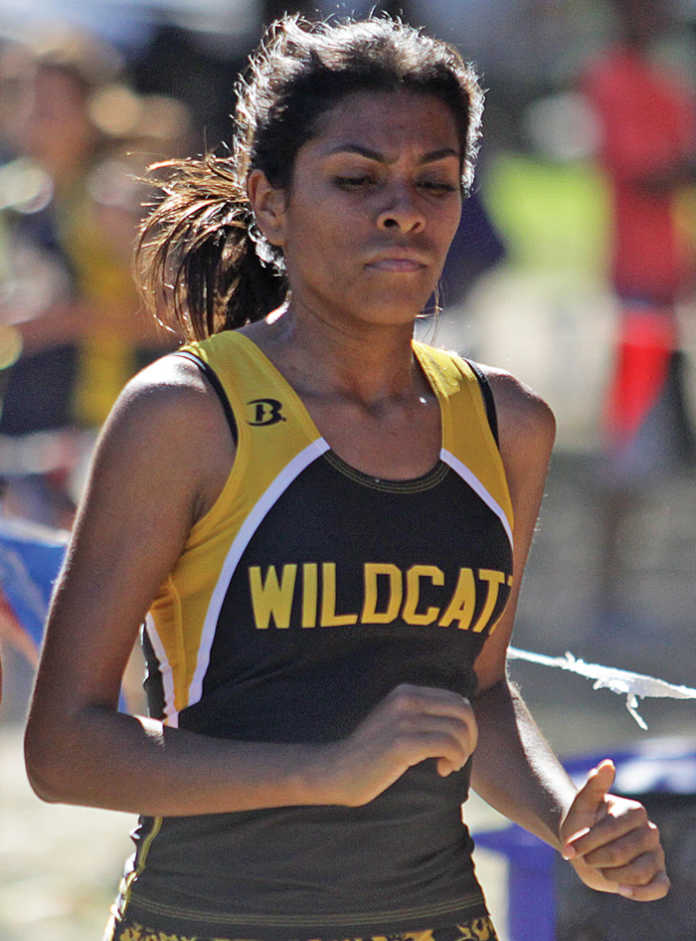 Her teammate, junior Jose Villanueva, also set a personal best, leaping 42 feet, 11 inches in the triple jump to take sixth place among some of the top athletes from around the Central Coast Section.

Aptos High had five athletes compete at Top 8: freshman Brynn Mitchell, juniors Sofia Natividad and Jorge Benitez and seniors Annika McBride and Danner Pardue.
Mitchell placed the highest of all five, taking ninth in the triple jump with a leap of 35-5.75.

Watkins struck out 15 batters and allowed no walks in six innings.

Watkins also helped himself at the plate, going 2-for-5 with a double, three RBIs and two scored runs.

Davian Quintana was 3-for-4 with an RBI and two scored runs. John Ramos was 2-for-4 with a run and an RBI. Lorenzo Torres scored the winning run in the seventh inning and Rocky Ramirez doubled.

Michaela Galli was 4-for-5 with two RBIs and two scored runs. Victoria Cardoza, Amber Duplissie and Alivia Peters each knocked in three runs for the Condors (11-5, 5-1), which travel to Seaside High on Wednesday at 4:30 p.m. Duplissie and Peters each hit a home run.

Gianni Vanni was 2-for-4 with two RBIs and a scored run. Holly Hollingsworth was 3-for-4 with five RBIs, two scored runs and a home run.

The Seahawks (26-11, 12-3) had four pitchers see the mound. Alex Trautner picked up the win in a relief effort, going four inning and allowed two hits, an earned run and one walk with two strike outs.

Clayton Andrews was 2-for-4 with a double and an RBI and Digger Gugale also drove in a run. Jarius Richards scored twice.

Cabrillo returns to action today against Ohlone College at home at 2:30 p.m.

Pajaronian - August 11, 2022
Two local artists have teamed up to create a memorial sculpture honoring Watsonville residents who have died of Covid-19, and are asking for the...