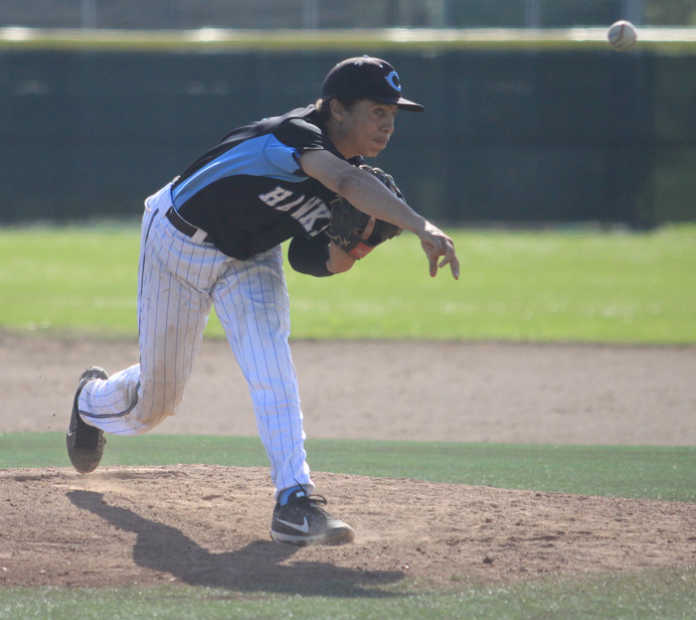 Local Roundup, 5/2: Cabrillo baseball gets No. 11 seed in playoffs

The Cabrillo College Seahawks were given the No. 11 seed in the upcoming California Community College Athletic Association Northern California Regional and are set to play No. 7 Merced College in a best-of-three series.

Cabrillo (27-13) closed out the regular season by losing two of its final three games to finish second in the Coast Conference Pacific division but is believed to be one of the most talented teams in Northern California. The Seahawks, who will be making their school record seventh straight playoff appearance, boasted their talent this season by recording wins over top-seeded College of San Mateo, No. 3 Ohlone College and No. 5 Delta College, among others.

• MVC 6, Christopher 1 – Ian Koenig tossed six shutout innings to lead the Monte Vista Christian Mustangs to a key 6-1 Monterey Bay League Gabilan division win over Christopher High on Friday. The victory leaves them two wins shy of clinching no-worse than a fifth-place finish in the league, which would guarantee the Mustangs (10-10, 6-9) a playoff spot.

Koenig scattered six hits over his six innings before giving way to Daniel Glenn, who finished off the final frame with a pair of strikeouts.

Dylan McPhillips hit a two-run home run and scored a pair a runs. Jackson Collins was 2-for-3 with a double, two RBIs and a scored run. Cody Paresa also went 2-for-3 while driving in a run and scoring one, too.

Derric Estrada-Haro was 2-for-4 with a grand slam and David Talavera also went 2-for-4.

Marisa Angulo was 3-for-3 with a double, two RBIs and a scored run. Drew Barragan finished 3-for-4 with an RBI and two scored runs.

Kacey Losik had nine kills, seven assists, six digs, three blocks and five aces for Aptos (16-5, 12-2), which is the No. 2 seed in the SCCAL tournament and will play their first match of the tournament in Thursday night’s semifinal round at Harbor High.

Villanueva won the triple jump with a leap of 40 feet, 3.25 inches.

• Aptos relay wins – The Aptos High 4×100 relay team of Lauren Inman, Shiori Oki, Faith Dennis and Emma Burke raced to first place at the Soquel Invitational with a time of 50.72 seconds on Saturday.

REGISTER-PAJARONIAN STAFF REPORT - July 1, 2022
WATSONVILLE—Pajaro Valley Arts (PVA) will host a one-day conference on July 9 centered around the figure Our Lady of Guadalupe.  Attendees will explore the historic...