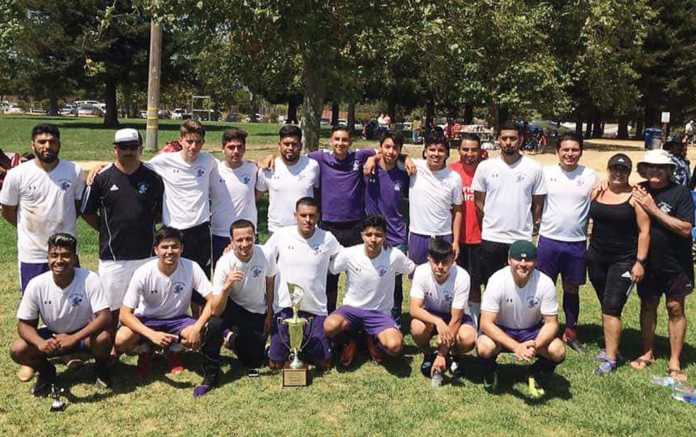 Hiltz, a former All-American at the University of Arkansas, completed the mile-long race over the Hope Memorial Bridge in 4 minutes, 38.82 seconds.

Rivera, who was drafted by the St. Louis Cardinals in the 33rd round of the MLB Draft earlier this year, allowed three hits and an earned run over two frames.

On Thursday, Rivera tossed an inning in the Cardinals 5-2 win over the GCL Mets. He allowed three hits and two earned runs.

• Local Aztecas make it to the top – The Aztecas of Watsonville won the 2018 Watsonville Soccer League Championship Sunday.

Aztecas is the youngest team in the league and is coached by the first and only female coach in the Watsonville Adult Men’s League, Gina Castaneda.

“We could have not have done it without all our support from the County of Santa Cruz, Freedom Lions Club, the youth, their families and the community,” Castaneda said. “There are so many people that support Aztecas, it would be hard to name them all. Thank you for giving our youth the opportunity to succeed on and off the field.”

REGISTER-PAJARONIAN STAFF REPORT - June 21, 2022
In the fall of 2013, Cabrillo College celebrated the opening of a remodeled and expanded Science, Technology, Engineering and Math (STEM) center in Aptos. After...