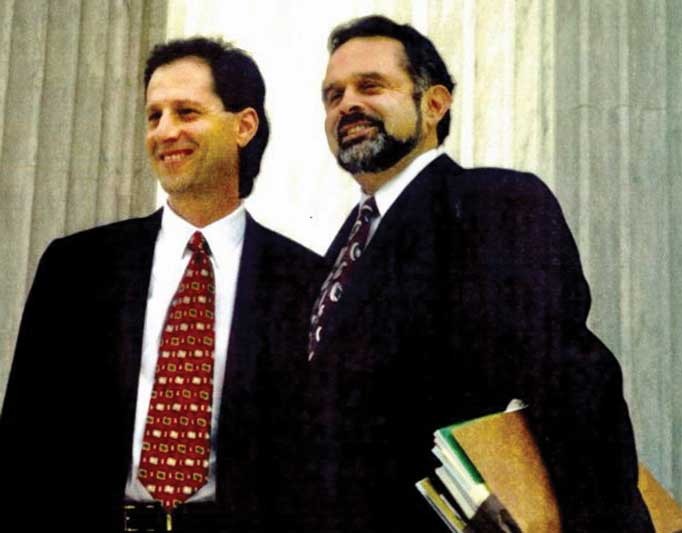 By LUIS A. ALEJO

California’s Latino community has lost its greatest voting rights gladiator. Last Friday, the legendary civil rights lawyer Joaquin G. Avila lost his battle to cancer after previously suffering from a stroke. No one was more accomplished than him when it came to fighting for Latino political empowerment and representation.

Avila successfully won landmark and precedent-setting cases all the way to the U.S. Supreme Court regarding discriminatory electoral systems that diluted minority political power throughout California and the Southwest. His work also dramatically changed the way voters elect their local officials and judges. Today, many of us in politics or those sitting as judges owe a tremendous debt to his lifetime of trailblazing advocacy.

But Avila’s realization of the need to empower poor communities arose through his own experience growing up in the tough neighborhoods of Compton, a community composed primarily of African Americans and Latinos in South-Central Los Angeles. His parents struggled to make ends meet, but they always stressed the importance of an education to their children. In 1966, he graduated from Centennial High School as class valedictorian, and went on to become one of the first Chicanos to graduate from Yale University in 1970. He later graduated from Harvard Law School in 1973 and was immediately hired as a law clerk to the Alaska State Supreme Court.

The Mexican American Legal Defense and Education Fund (MALDEF) had Avila join its ranks in 1974. His primary focus was in voting rights litigation and he challenged discriminatory voting systems all across the state of Texas, winning various groundbreaking cases. His success and leadership quickly led him to MALDEF’s top positions as president and general counsel in 1982.

Three years later, Avila opened his own private voting rights office. Shortly thereafter, he took on the landmark case of Gomez v. City of Watsonville. Three Latino plaintiffs and Avila claimed that the at-large elections system was unconstitutional and violated the federal Voting Rights Act of 1965. At the time, Latinos in Watsonville made up half of the city’s population, but never elected a single Latino to the city council.

The plaintiffs further contended that the at-large system unlawfully diluted the minority vote and unfairly disenfranchised Latinos due to the long history of racially polarized voting. White voters were voting for candidates of their own race regardless of the issues and minorities were not voting because they could never win locally.

District elections, on the other hand, would divide Watsonville into several geographical districts in which each district would vote for its own representative who lived within that district. Avila argued that districts would give a stronger voice, more cohesion and increased voting power to Latinos.

Although Avila initially lost in the lower district court, the Ninth Circuit Court of Appeals reversed by a 3-0 decision in 1988. The court stated that Latinos in California had been subjects of “ubiquitous historical and current racial discrimination.”

But the City of Watsonville would not back down and appealed to the U.S. Supreme Court, but it denied review. The battle finally came to an end and district elections were implemented for the first time per federal court order.

Avila would later use the Watsonville case to also successfully challenge other electoral systems and redistricting plans, including the Los Angeles County Board of Supervisors in the early 1990s. The end result was the creation of a Latino district and Gloria Molina was elected the first Latina to sit on the board. Avila would later win twice before the Supreme Court over Monterey County’s at-large elections for its judges. Today, Monterey County has seven minority judges, including a Latina serving as its presiding judge.

But what is probably Avila’s most transformative work was being the architect of the California Voting Rights Act of 2001 authored by then-Senator Richard Polanco. Avila drafted the state legislation to mirror the federal Voting Rights Act but streamlined the burden of proof to be shown and provided additional remedies. That law has now resulted in nearly 300 cities, school boards and other local governments switching to district elections, most without litigation, to allow more Latinos and other people of color to have more equitable representation.

Avila said it best when he stated, “When we walk into a courtroom, it to me just represents that the local community is finally having its day. When we do get a victory, it’s the greatest sense of satisfaction. We’re finally winning and getting an institution to respond and correct the inequities that have existed in the past. And you’re vindicated.”

Luis A. Alejo is the chairman of the Monterey County Board of Supervisors and president of the Latino Caucus of California Counties. His opinions are his own and not necessarily those of the Pajaronian.

LUIS A. ALEJO - June 29, 2022
WATSONVILLE—The Watsonville City Council at its Tuesday meeting signed off on an agreement with Pajaro Valley Arts for the sale of the historic Porter...