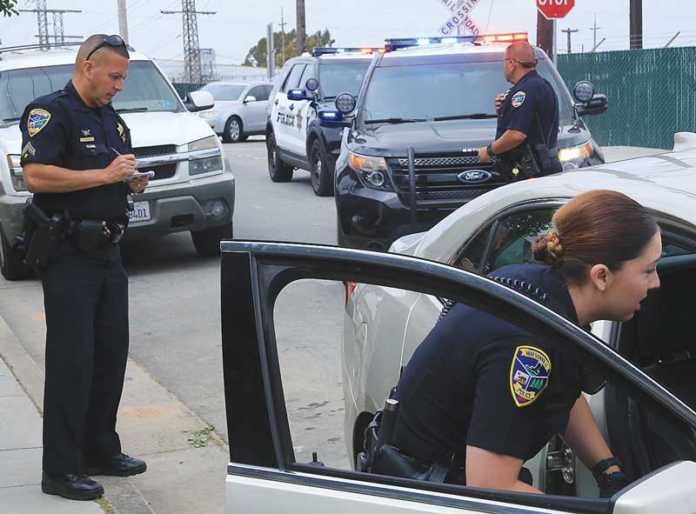 Watsonville Police search a Chevy Impala on Front Street just before 10 a.m. Monday after taking a man into custody when he failed to stop for them. Sgt. Mish Radich said the man was driving near Main Street and Freedom Boulevard when he made an illegal move in his car. When police tried to pull him over he failed to stop and sped off. Several patrol cars followed him and he eventually stopped in front of his Front Street home. Radich said the man had several outstanding warrants. According to reports on the police radio, the suspect may have hurled an object at a passing motorist.