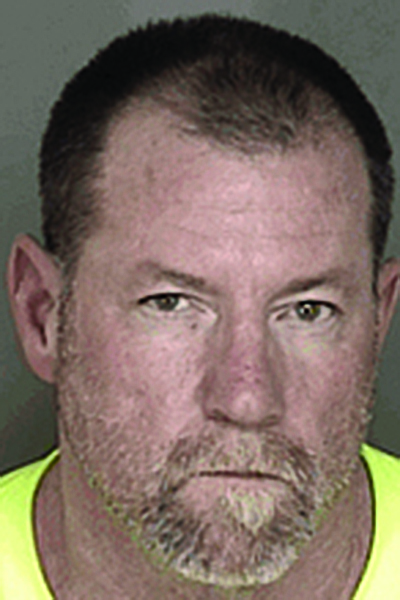 The California Highway Patrol arrested Lafferty in Nipomo in San Luis Obispo County on Jan. 22, 2020 after an investigation into more than 70 incidents of vehicles being struck with unknown objects while in transit.

Lafferty became a suspect when investigators identified his vehicle at the scene of several reported projectile incidents. A digital forensic analysis linked him to more than 50 of the incidents, L’Heureux said. Some were reported days or weeks after the fact, and not all drivers were able to provide the exact date, time and location for when and where their vehicles were damaged.

Six people in the affected vehicles suffered cuts and scrapes as a result of being hit with broken glass, L’Heureux said. Most of the drivers and passengers were uninjured, and no collisions were reported as a result of the incidents.

The two counts of assault with a deadly weapon on a peace officer involved Lafferty shooting a marble at two CHP officers in a marked patrol vehicle, who were responding to an earlier projectile incident. Neither officer suffered injuries.

After Lafferty’s arrest, he admitted to shooting marbles at traffic using a slingshot. Lafferty did not give a reason for his actions. Police seized a slingshot, a slingshot replacement band, and 55 marbles from Lafferty’s vehicle the day he was arrested.