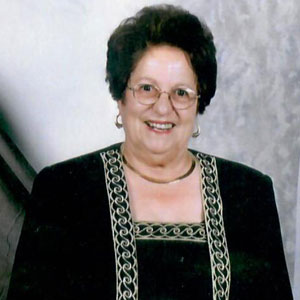 Maria C. Nunes died October 16, 2017, at her home in Watsonville, surrounded by her family.  She was 90.  A native of Sao Jorge, Acores, she had lived here since 1973.  She worked for Pajaro Valley Greenhouses for 15 years before retiring.

Mrs. Nunes was a member of Our Lady Help of Christians Catholic Church and worked on the many events put on by the church’s Our Lady of Fatima Society.  She loved animals and enjoyed crocheting, knitting, and cooking for her family.  She also used to love going salmon fishing with her husband in her younger years.

Mrs. Nunes leaves her daughter, Odette (Armindo) Neves and her son Damiao (Tina) Nunes both of Freedom; grandchildren, Will, Christopher, Matthew, and Damiao; great-grandchildren, Trace and Nolan; sister, Matilde Sousa and brother, Manuel Emerenciano both of the Acores.  She was preceded in death by her husband, Antonio, in 2009; her brothers, Antonio, Jose, and Joao Emerenciano; and sisters, Maria Emerenciano and Lucinda Sousa.

A Rosary and Mass of Christian Burial will be celebrated Thursday, October 19, 2017, at 10:00 a.m. at Our Lady Help of Christians Catholic Church.  Burial will follow at Watsonville Catholic Cemetery.  Mehl’s Colonial Chapel has been entrusted with the funeral arrangements.