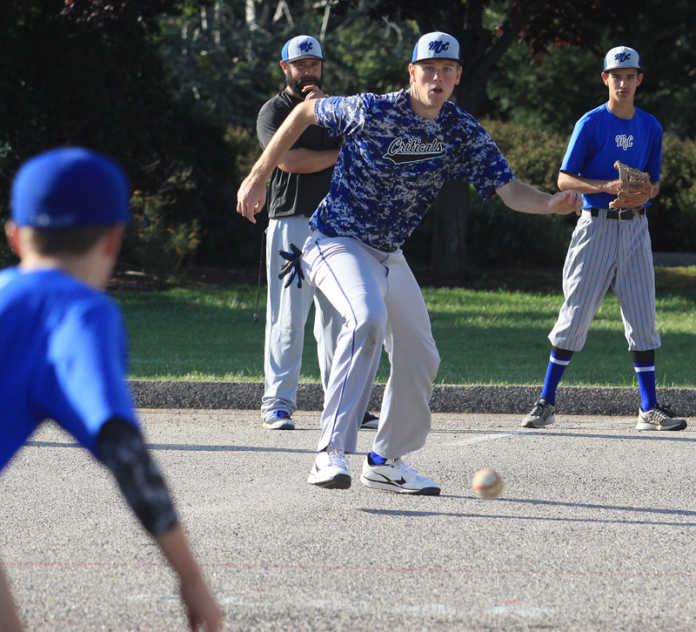 WATSONVILLE — With seven games left to play, the Monte Vista Christian Mustangs are on the cusp of the Central Coast Section playoffs. But in order to punch their ticket to the dance, they’ll have to do something they have not done much of this season: finish.

MVC sits at 8-9 overall and 4-8 in Monterey Bay League Gabilan division play. It has six league games remaining and one non-league contest against St. Francis High.

The Mustangs, who returned to the postseason last year after a two-year hiatus, have more than enough CCS power points to qualify for the playoffs and are projected as the No. 6 seed in the 16-team Division II bracket in prep2prep.com’s latest projections. To return to the playoffs they will either have to meet the section’s .500 eligibility requirement as an at-large team or finish fifth in the MBL-G.

The good news? MVC is currently in fifth place in the league standings, sitting a half game ahead of Monterey High (3-8 in MBL-G), which is trying to push its postseason appearance streak to 27 straight seasons.

So, despite all of their ongoing struggles this season, there is still hope for this year’s group of Mustangs.

“They know what we need to do,” said first-year head coach Case Rigby after a Tuesday practice. “If the team at practice shows up to the games, we’ll be just fine.”

According to Rigby, that has not been the case many times this season. MVC started the year by winning three straight against solid baseball teams, beating Scotts Valley High, Saratoga High and Santa Cruz High, but has since gone 5-9 overall. But, aside from a pair of 10-run rule losses to Palma High, the Mustangs have not been as bad as their league record indicates.

They have five players hitting .295 or above — senior infielder Jackson Collins leads the group with a .422 average, while tallying 19 hits, 17 RBIs, four doubles and four homers — and their top three pitchers, senior Dylan McPhillips, sophomore Ian Koenig and junior Lucas Schmidt have a combined 2.91 earned run average. They also have a solid .934 fielding percentage.

The problem has been putting all three phases together and finishing out games. One game they’ll explode for seven runs at the plate but struggle with their command on the mound. A few days later, one of their pitchers will toss a masterpiece but their bats will stay silent. On other occasions, they’ll head into the final frame with a lead but fail to keep it — they’ve lost four league games in the seventh inning or later.

“We’ve played as a whole for six innings, we just can’t finish in that seventh,” Koenig said.

So Rigby said they’ve gone back to the basics during their 12-day dead period before the start of their final stretch. They’re trying to limit their mistakes in the infield, sure up their approaches at the plate to be more consistent and rework the team chemistry, which was at an all-time low during a 1-5 stretch in the middle of their MBL-G season.

The time off has served as a therapy session of sorts. The play on the field is still a work in progress but the chemistry has improved drastically.

“It was really bad earlier. We were not getting along — people arguing and stuff,” said McPhillips, who also plays shortstop. “We had a couple of team meetings, talked it over and I think overall our practices have been a lot better… [The losses] were really hard. Especially being a senior, it’s my last season and that’s the last thing I wanted to do. I think now it’s just going to make a better story for when we come out on top.”

The Mustangs will start their final MBL-G stretch against San Benito High on Tuesday at 4 p.m. Rigby said a win over the Haybalers would be “big” and a nice way to start their final push. But, he added, any win at this time of the year is precious.

“I think we’re going to make a pretty fun run here but we’ll see which team wants to show up,” Rigby said. “We as coaches know we have it and we as players know we have it but pretty soon we have to show everyone else. It’ll be a fun little run here if we can put it all together. If you get hot at the right time, everything will be fine. We just need to finish strong.”