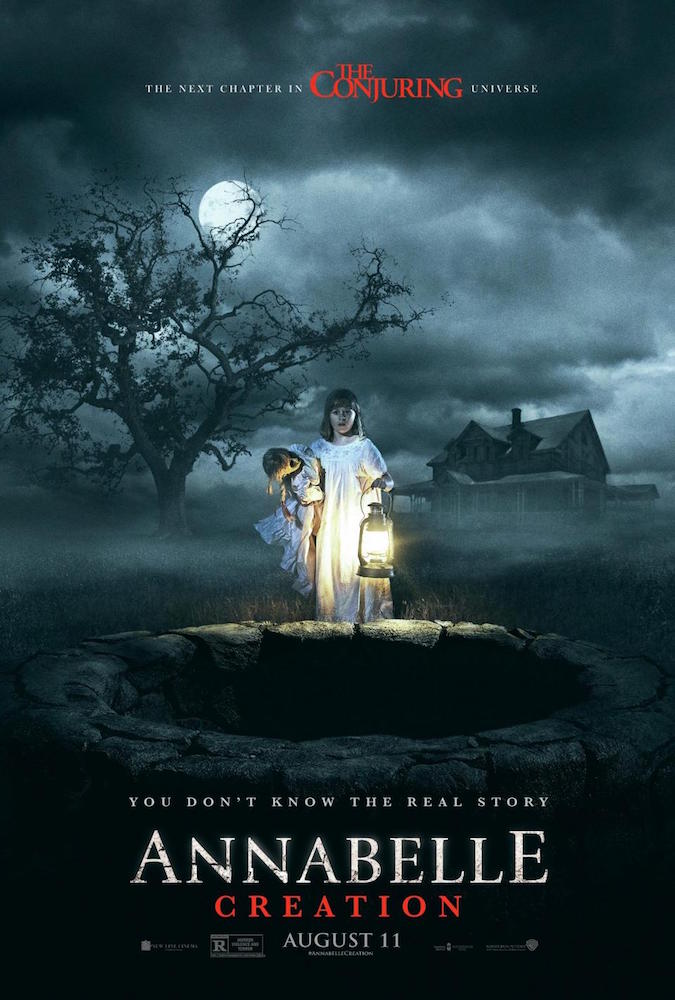 Movie Review: 'Annabelle: Creation' fine for what it is

Are you wondering if you should watch “Annabelle: Creation”?

Do jump scares annoy you?

Do you care for originality?

Did you have any idea that “The Nut Job 2: Nutty by Nature” was an actual movie releasing on the same week?

If any of these responses apply to you, then you will find some type of enjoyment with this middle-of-the-pack film.

The second movie of a spinoff series in “The Conjuring” universe about a killer demonic doll, “Annabelle: Creation” is far and away better than the first entry, which debuted in 2014 and gave me one of the best 1-hour-and-40-minute, movie-theater naps I’ve ever taken. The scares are OK, the writing is better and — thank God — tighter than the first and the overall story is good enough to keep you guessing at least for the first third.

So what’s wrong with “Annabelle: Creation”? Well, there’s nothing really wrong with it. You’ve just seen all of this done before and several other films have done it much, much better.

“Annabelle: Creation,” which is directed by David F. Sandberg and penned by Gary Dauberman, is like that old trusty roller coaster that you know and love. You’ve ridden it more times than you can count and you know exactly where all the twists, turns, rolls and loops are. It’s still fun. It’s still exciting. But you don’t get off and say, “Man! That was a life-changing experience!”

You’ve seen it before. You’ve experienced the gut-twisting rolls and the head-whipping turns.

Same goes for “Annabelle: Creation.” You know what you’re getting. You know when someone looks into a mirror that something is going to scurry behind them in the reflection. You know when someone’s going to die and you know who’s going to live. There’s nothing wrong with this. Most horror movies fall into these tropes, even the great ones. But what sets the great apart from the good, which is where “Annabelle: Creation” falls, is the acting and the pace. I never bought in to any of the actors — mostly because of their cliche decisions throughout — and this film drags in portions where it didn’t need to.

“Annabelle: Creation” is fine for what it is.

• “The Hitman’s Bodyguard” — The world’s top bodyguard gets a new client, a hit man who must testify at the International Court of Justice. They must put their differences aside and work together to make it to the trial on time.

• “Logan Lucky” — Two brothers attempt to pull off a heist during a NASCAR race in North Carolina.

• “Patti Cake$” —  Patti Cake$ is centered on aspiring rapper Patricia Dombrowski, a.k.a. Killa P, a.k.a. Patti Cake$, who is fighting an unlikely quest for glory in her downtrodden hometown in New Jersey.

• “Gook” — Eli and Daniel, two Korean American brothers, own a struggling shoe store and have an unlikely friendship with Kamilla, a street wise 11-year-old African American girl. Kamilla ditches school, Eli stresses about the store, and Daniel tries to have a good time. It’s just another typical day at the store until the Rodney King verdict is read and riots break out. With the chaos moving towards them, the trio is forced to defend the store while contemplating the future of their own personal dreams and the true meaning of family.

• “Marjorie Prime” — A service that provides holographic recreations of deceased loved ones allows a man to come face-to-face with the younger version of his late father-in-law.