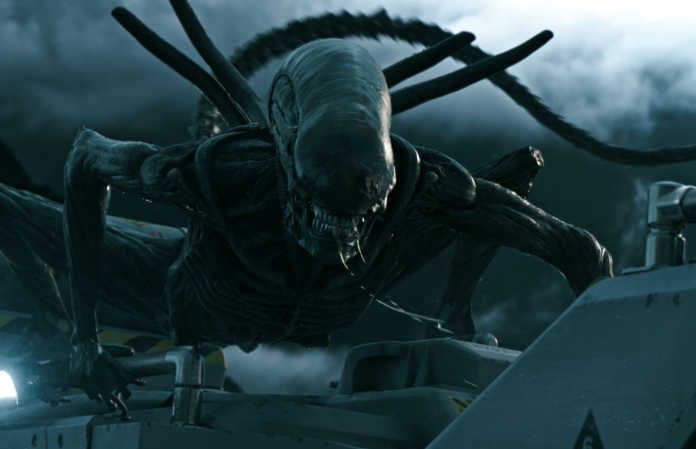 There was something magical about the universe that director Ridley Scott created with the original “Alien” series. It was a perfect blend of science fiction, mystery and horror. One film did not depend on the other. They were spun together in a way that anyone could sit down, be pushed to the edge of their seat by suspense and not have to worry about what happened in the previous film.

I watched “Prometheus,” the 2012 prequel to the series that was met with mixed reviews from fans and critics alike, and I still had trouble following along with “Alien: Covenant.”

Scott’s second go-around in the prequel series is dense, plodding and just plain boring in moments. If you liked the pace and the deep universe building of “Prometheus,” you’ll find bits and pieces that will help make the movie manageable. Everyone else, you’re in for a predictable ride that tries to be part “Prometheus” and part “Alien” but fails to pull off either with much grace.

This isn’t a bad movie — there’s actually some solid sections of mystery and suspense that kept me intrigued through the first two acts — but it just does not do its great cast and their sensational performances justice.

It’s a beautifully shot film that has enough gravitas to keep you interested for the two-hour run time.

Michael Fassbender (“X-Men: Days of Future Past,” “Steve Jobs”) is his usual solid, focused and mesmerizing self in his dual roles as David and Walter. No spoilers but the clashes between Fassbender’s characters and their beliefs are where the movie shines. The dialogue in these moments is sharp and Fassbender’s delivery — although I’m still not sure what kind of accent he was trying to pull off with Walter — is superb.

Katherine Waterston (“Fantastic Beasts and Where to Find Them,” “Steve Jobs”) surprised me with her range as our protagonist, Daniels. It’s not easy to showcase fear in a way that does not seem forced or overcooked but she pulls it off. Her character, however, has little to no development throughout the movie. She starts off as a bad ass and ends as, well, a bad ass. There’s no up or down.

Danny McBride (“Pineapple Express,” “This is the End”) and Billy Crudup (“Watchmen,” “Almost Famous”) are also solid as Tennessee and Oram, respectively, but, like Waterston, they aren’t given much to do because the plot is completely predictable and the characters are only there to be picked off one by one by monsters, including the good old Xenomorph. That would be OK if the action set pieces were good enough to carry the movie but every single encounter with death in “Alien: Covenant” has been done before — and much better for that matter.

• “The Long Strange Trip” — The tale of the Grateful Dead is inspiring, complicated, and downright messy. A tribe of contrarians, they made art out of open-ended chaos and inadvertently achieved success on their own terms. Never-before-seen footage and interviews offer this unprecedented and unvarnished look at the life of the Dead.
Director: Amir Bar-Lev
Cast: Tom Constanten, Jerry Garcia, Donna Godchaux, Keith Godchaux