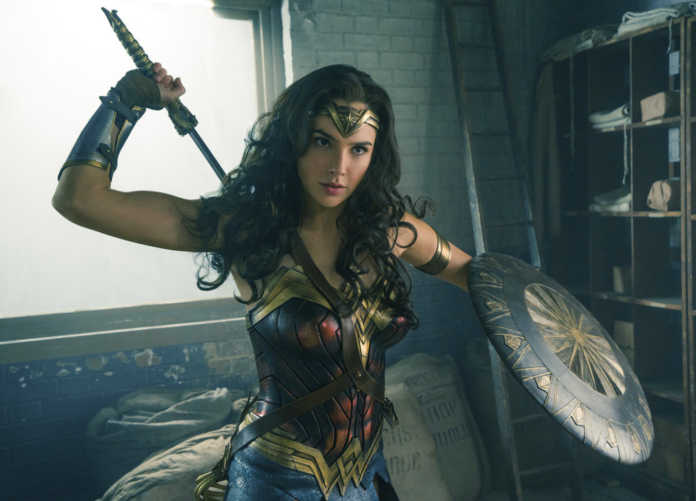 There is a great story at the core of “Wonder Woman.” A story of an outsider trying to find their way in a world they don’t fully understand but feel oddly attached to. A coming of age story with characters that were not only dynamic but also likable. A story of love and hate and the impact those feelings have on humankind — why those two are the yin and yang of the world. It is a story that we can all relate to and get lost in for a couple of hours.

And that’s where I was. I was blown away by Gal Gadot (“Batman v Superman: Dawn of Justice”) and Chris Pine’s (“Star Trek”) chemistry as Diana/Wonder Woman and Steve, respectively. I loved the World War I setting and opening third of the film on the Amazons’ home island drew me in, too, despite the lengthy exposition to start. And then, sadly, the music started blaring … and the guns started firing …  and the bombs started falling … and Wonder Woman started flipping tanks for no reason.

The first half of “Wonder Woman” is excellent. The characters are deep, the acting is believable, the set pieces are excellent and the comedy is well written — Pine kills every scene he’s in with his perfect delivery. But the second half devolves into a CGI fight fest with more slow-motion action than the entire “Matrix” trilogy combined. Director Patty Jenkins (“Monsters,” “The Killing”) and writer Allan Heinberg drive “Wonder Woman” off the cliff with a whirlwind finale that throws common sense out the window and replaces it with leaping kicks and unnecessary romantic relationships. This film could have been more. It could have been great but it chose to veer into the lane of visual spectacle instead of staying on the path of character development.

That being said, “Wonder Woman” is without a doubt the best film to come from the DC Comics Extended Universe. The bar is not set very high — “Suicide Squad,” “Batman v Superman: Dawn of Justice” and “Man of Steel” being its three predecessors — but Jenkins and Co. clear it with room to spare.

Overall, Jenkins does a good job in keeping the pieces moving from the opening scene until about the midway point of the movie when rational thinking begins to fall away. She masks Gadot’s weaknesses and showcases her strengths beautifully in every scene. Her action set pieces in the first half of the film were well developed and had enough stakes behind them to feel important. Jenkins also pulled out solid performances from Pine, Connie Nielsen and Robin Wright. Nielsen and Wright, playing high-ranking Amazonian officials during the first third, are not in the movie very long but both left a lasting impression that is wistfully thrown away in the finale. Saïd Taghmaoui, Ewen Bremner and Eugene Brave Rock also turn in fine showings as Pine and Gadot’s ragtag team of misfits but Danny Huston and Elena Anya felt like there were in another movie as the film’s 1-2 antagonistic punch.

The film really shines whenever Gadot and Pine are on screen together. The fish-out-of-water moments from Gadot are comedic gold — their first long interaction in a pool is perfectly written and played — and the majority of their conversations not only move the story forward but both of their characters, too.

There is plenty to like about “Wonder Woman.” There is also plenty to love about it and some moments to hate, too. The good easily outweighs the bad in this case. “Wonder Woman” isn’t the bat-flipping, hands-raised-to-the-sky grand slam I was expecting. It’s more akin to a two-run triple that squirts through an outfielder’s glove and hits off the wall. But in a summer that’s been overwhelmingly disappointing, I’ll take it.

– “47 Meters Down” — Two sisters vacationing in Mexico are trapped in a shark cage at the bottom of the ocean. With less than an hour of oxygen left and great white sharks circling nearby, they must fight to survive.
Director: Johannes Roberts
Cast: Mandy Moore, Claire Holt, Matthew Modine, Yani Gellman