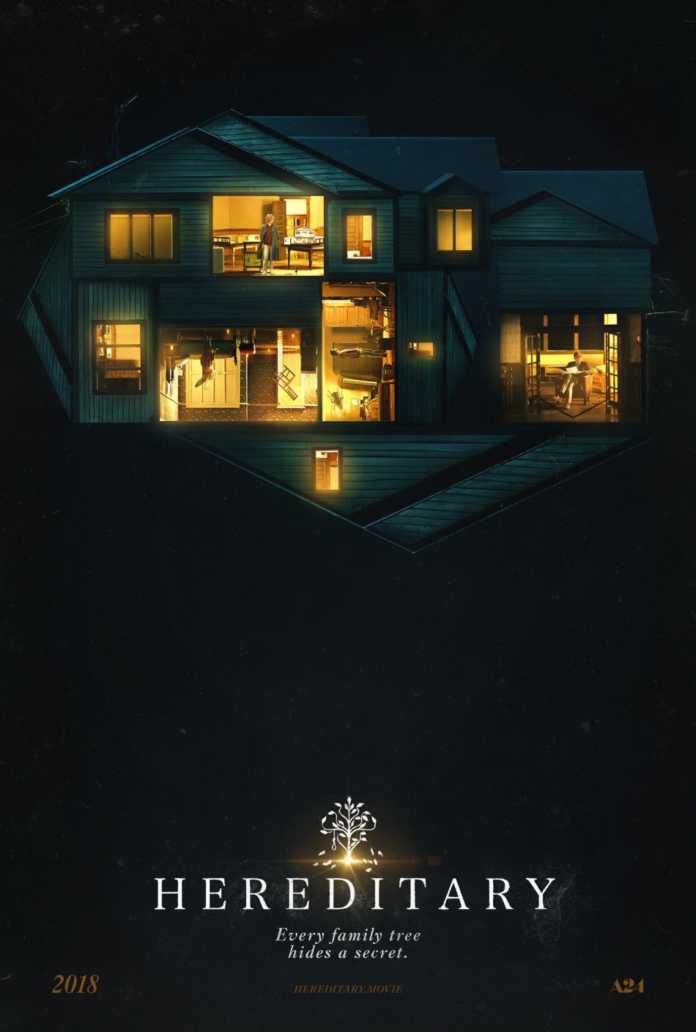 Movie Review: ‘Hereditary’ is a scare fest with depth

“Hereditary,” Ari Aster’s feature-length directorial debut, falls into a special category of horror films. It’s unnerving, disturbing and awkward before the spooks ever begin. Aster, who also penned the script, magnificently takes the old haunted house novelties and interweaves them into a story about a family broken by its beliefs, insecurities and upbringing. “Hereditary” is definitely one of the more terrifying movies I’ve seen in recent years, but it doesn’t throw away characters and relationships in favor of jump scares. It does the exact opposite, making the tension between the family the real reason behind the dense layer of horror that never dissipates.

The film follows a dysfunctional family of four that has to wade through the passing of a family member, when Toni Collette’s (“Little Miss Sunshine”) Annie loses her mother. It’s clear that there’s something off about every person in Annie’s bloodline, but it’s never clear — at least until the end — what exactly is wrong. Milly Shapiro’s Charlie is the odd-looking daughter who clucks at random times, cuts the heads off of dead birds and is socially aloof. And Alex Wolff is the disenfranchised son, Peter, who seemingly can’t wait to get out of the house, while at the same time wonders why his family is the way it is.

The interplay between these three characters is what makes this film special. There are breadcrumbs here and there about the true nature of the family’s issues, but Aster never overtly explains any of them. Instead, he simply tells the story of a family that is broken by its own hand from years of passive aggressive interactions and mistrust handed down from generations previous. In many ways, “Hereditary” lives up to its title. How much of what we do is determined by the situations that we are born into, and the people who we call mom, dad, grandma and grandpa? And can we escape the inheritance of misfortune or poor genetic transmission?

“Hereditary” is a psychological horror film in the vain of “Rosemary’s Baby,” but I would be hesitant to call this flick a throwback. There are new techniques and a certain type of plodding, sometimes unsettling, pace that makes this film seem like something new. It grows in the mind even after the credits start to roll. Questions arise about characters’ actions, and not because they didn’t follow the character’s overall makeup, but because it’s tough to discern whether they made those decisions on their own or if they were under the influence of an outside force — supernatural or other.

“Hereditary” — When the matriarch of the Graham family passes away, her daughter’s family begins to unravel cryptic and increasingly terrifying secrets about their ancestry.

“Upgrade” — Set in the near-future, technology controls nearly all aspects of life. But when Grey, a self-identified technophobe, has his world turned upside down, his only hope for revenge is an experimental computer chip implant called Stem.

“Adrift” — Based on the true story of survival, a young couple’s chance encounter leads them first to love, and then on the adventure of a lifetime as they face one of the most catastrophic hurricanes in recorded history.

“Solo: A Star Wars Story” — During an adventure into the criminal underworld, Han Solo meets his future copilot Chewbacca and encounters Lando Calrissian years before joining the Rebellion.

“Deadpool 2” — Foul-mouthed mutant mercenary Wade Wilson (AKA Deadpool), brings together a team of fellow mutant rogues to protect a young boy with supernatural abilities from the brutal, time-traveling cyborg, Cable.

“Book Club” — Four lifelong friends have their lives forever changed after reading “50 Shades of Grey” in their monthly book club.

“Overboard” — A spoiled, wealthy yacht owner is thrown overboard and becomes the target of revenge from his mistreated employee. A remake of the 1987 comedy.

“Avengers: Infinity War” —The Avengers and their allies must be willing to sacrifice all in an attempt to defeat the powerful Thanos before his blitz of devastation and ruin puts an end to the universe.

“Incredibles 2” — Bob Parr (Mr. Incredible) is left to care for Jack-Jack while Helen (Elastigirl) is out saving the world.

“Tag” — A small group of former classmates organize an elaborate, annual game of tag that requires some to travel all over the country.

“SuperFly” — The movie is a remake of the 1972 blaxploitation film “Super Fly.”

“Jurassic World: Fallen Kingdom” — When the island’s dormant volcano begins roaring to life, Owen and Claire mount a campaign to rescue the remaining dinosaurs from this extinction-level event.

“Damsel” — It’s the Wild West, circa 1870. Samuel Alabaster, an affluent pioneer, ventures across the American frontier to marry the love of his life, Penelope. As his group traverses the west, the once-simple journey grows treacherous, blurring the lines between hero, villain and damsel.

“The King” — Forty years after the death of Elvis Presley, a musical road trip across America in his 1963 Rolls Royce explores how a country boy lost his authenticity and became a king while his country lost her democracy and became an empire.

“Boundaries” — Laura and her son Henry are forced to drive her estranged, pot-dealing, carefree father Jack across country after being kicked out of a nursing home.