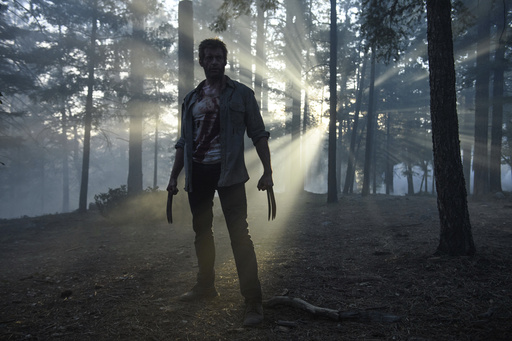 Movie Review: 'Logan' is perfect, well-earned send off for Jackman

We’ve seen it before. A comic book movie swinging for the fences and trying to add substance, depth, social commentary and relatable themes only to fall flat on its face and feel forced and pandering.

Not since Christopher Nolan’s “The Dark Knight” has a superhero movie been able to break through the genre of spandex, masks and capes to be something more.

“Logan,” Hugh Jackman’s reported swan song as the clawed and flawed Wolverine after nearly two decades in the role, is not quite on the level of Nolan’s second Batman film — although it’s not that far off — but it manages to tell more than just a story of an unstoppable and determined hero trying to save the day.

Director James Mangold’s second dive into the X-Men world — he led 2013’s “The Wolverine,” which was so-so at best — is a deep and honest cut into the character of Wolverine/Logan, the persecution that comes with being different or misunderstood and one’s ability to hurt, forgive and move on. This is not a movie for kids. It’s complex, heavy and bloody. It without a doubt earns its R-rating with both its maturity and violence.

Always a moody and aloof character through his many appearances in the X-Men films over the years, Logan is more alone than he’s ever been. He’s an alcoholic whose body is betraying him. He’s done with trying to save humanity and he definitely doesn’t want to reach out and find other mutants. All he wants to do is buy a boat, drive out to the middle of the ocean and live out the remaining days of his life with Patrick Stewart’s (“Star Trek: The Next Generation”) Charles Xavier, who’s suffering from a degenerative brain disease that makes him and his telepathic powers a grave threat to the people around him.

Dafnee Keen’s Laura is our lovable tike that is just as fierce and even more sheltered than Logan. She joins the party as the first act wraps up and almost steals the limelight from Jackman, who gives the best performance of his career — yes, better than his showing in “Les Miserables.”

While the film definitely showcases the trio’s superhuman abilities — most of the time in hack-and-slash fights against no-named goons that are well choreographed and gritty but get repetitive, save a scene in a casino hotel that’s brutal and original — they’re not the focus. That lies with the interaction and growth between the three, which is beautifully pushed by Mangold’s script.

Family is the overarching theme throughout the film and it’s explored in several different ways that all hit home. There’s the obvious father-son relationship between Charles and Logan, who is the former’s caretaker and the last remnant of his previous life, but there are also more subtle nods to the normalcy that comes with having a family that shine in the second act when the film takes a much-needed breather from the action.

The X-Men comics were massive hits not only because of their characters and storytelling but also because of how they attacked the themes of racism and discrimination. Although some of the X-Men films have struggled with this concept in the past, this is not the case with “Logan.” Mangold doesn’t beat you over the head with it but the way he quickly explains how mutants, once thought to be next step in evolution, were systematically feared and eradicated and the aftermath of that situation, is rich with food for thought.

All three of our protagonists go through their respective renaissance at some point and that’s what keeps the film moving forward and emotionally compelling.

All this being said, it is an extremely predictable story with a few out-of-place twists thrown in and the 137-minute runtime was a tad too long for my liking. Also, if you have no background in the X-Men movie franchise there is still a great time to be had but some moments might not resonate as well with you as compared to others who have seen the previous installments.

If it was indeed Jackman and Stewart’s final go-around in the universe, “Logan” was the send-off the duo deserved. This is the best representation of the beloved foul-mouthed,
cigar-smoking superhero that will not only resonate with fans of the source material but also film fans who enjoy incredible performances, spot-on writing and gripping action. The more I think about it, the more I love it. It’s got heart, it’s got humor and it’s got a great story. It’s my favorite movie of the year so far and it’s going to be tough to be beat.

• “Kong: Skull Island” — A team of explorers and soldiers travel to an uncharted island in the Pacific, unaware that they are crossing into the domain of monsters, including the mythic Kong.

• “Raw” — When a young vegetarian undergoes a carnivorous hazing ritual at vet school, an unbidden taste for meat begins to grow in her.

• “Personal Shopper” — Revolves around a ghost story that takes place in the fashion underworld of Paris.

“For the Love of Flicks” is a weekly column written by Sports Editor Tony Nunez. For comments or suggestions, email [email protected]