Movie Review: 'Rings':First you watch it. Then you die… of boredom

Why does anyone do anything in this movie?

I found myself asking that question many, many times.

But I guess the more important question is why make this movie?

The script is poorly written, everyone’s performance seems rushed, wooden or lazy, and — the ultimate sin for a horror film — it’s just not scary.

The original, “The Ring,” which was a film about a video tape that kills you in seven days, was released in 2002 and was one of the more respected and beloved horror movies of that era because it had three things: (1) great pacing, (2) haunting visuals and (3) someone that you could relate to and root for.

“Rings,” the third installment in the franchise, swings and misses on all three.

Nothing happens for half of the film. They bounce around from an opening sequence on a plane that has no reason for being there to a college professor named Gabe, who is horribly portrayed by Johnny Galecki (“The Big Bang Theory”), before we finally meet our protagonist, Matilda Lutz’s Julia. But, even after all that, we have to wait another 10 minutes before she actually does something.

Then they try to makes us fall in love with Lutz’s Julia and Alex Roe’s Holt, a teenage couple that is being split apart because the latter is moving away to college and the former has to stay behind to take care of her mother, who we never meet or see for some reason.

Holt eventually stops returning her calls and texts — the only relatable moment of the entire movie — and Julia decides to investigate after she receives an ominous call from one of Holt’s classmates in the middle of the night. After a whole lot of nothing happens the two eventually link up and try to solve the mystery of the killer tape.

Here’s the problem, we don’t care about these characters or their relationship at any point of the movie. We don’t believe their relationship because all of their interactions are just awkward and cartoony. It doesn’t work and it’s a detriment to the entire film, which continuously tries to shove their I’ll-do-anything-for-you love down your throat with cringingly bad dialogue.

All of the film’s shortcomings are compounded because of the fact that it has no tension or vision. The characters just do things for the sake of doing them. The mystery of tape is solved within 15 minutes or so and you never feel like as if the protagonists are in any danger even when the action picks up in the last act of the movie.

This really could have been something great if the writers would have taken their time and explored how the video tape from the original could have evolved along with the ever-changing technology of today’s time.

Instead, it’s a forgettable mess that shows an ugly trend in today’s Hollywood of bringing back classics and hoping that the name alone will sell tickets.

“The LEGO Batman Movie” — Bruce Wayne must not only deal with the criminals of Gotham City, but also the responsibility of raising a boy he adopted.

“Fifty Shades Darker” — While Christian wrestles with his inner demons, Anastasia must confront the anger and envy of the women who came before her.

“John Wick: Chapter 2” — After returning to the criminal underworld to repay a debt, John Wick discovers that a large bounty has been put on his life.

“A United Kingdom” — Prince Seretse Khama of Botswana causes an international stir when he marries a white woman from London in the late 1940s.

“LIFE”: A mix of “The Thing” and “Gravity” with Jake Gyllenhaal and Ryan Reynolds, count me in.

“Guardians of the Galaxy, Vol. 2”: Pumped for Vin Diesel’s Baby Groot, happy that Michael Rooker’s Yondu will have a bigger role and Dave Bautista hit the jackpot with Drax. Cannot wait for this.

“Logan”: This is the Wolverine movie that I’ve always wanted. Please, Hugh Jackman, don’t leave us.

“A Cure of Wellness”: I have no idea what the hell is going or what this movie is about…and that’s how I want to enter the theater that weekend.

“John Wick: Chapter 2”: Any movie that trolls the 50 Shades franchise is a winner.

“For the Love of Flicks” is a weekly column written by Sports Editor Tony Nunez. For comments or suggestions, email [email protected] 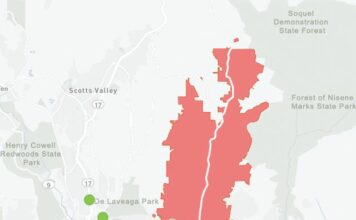