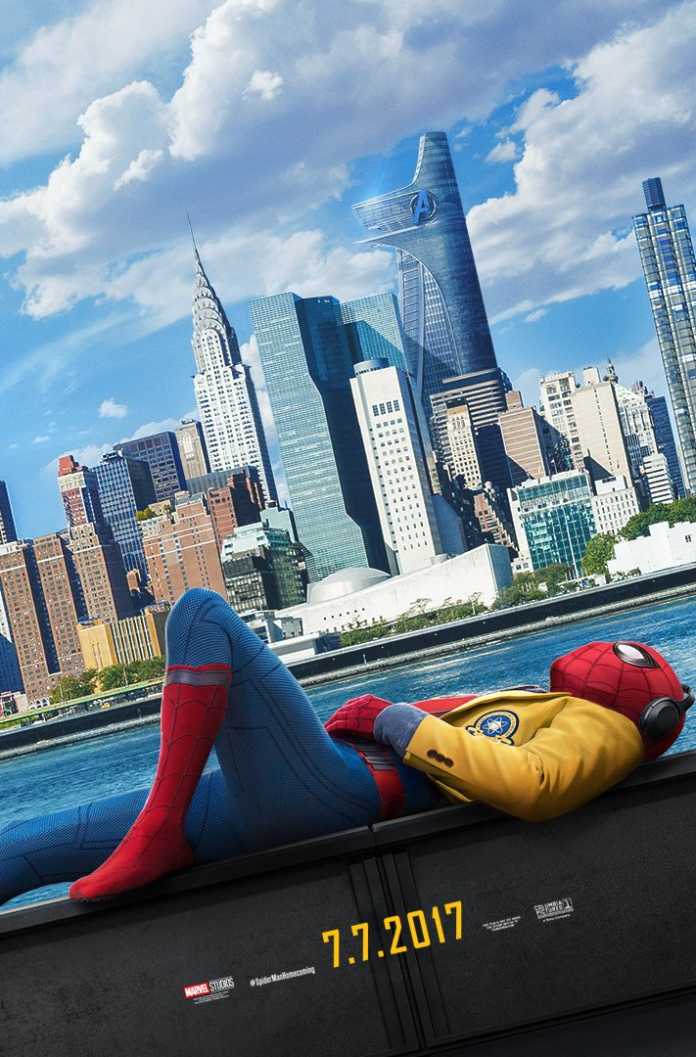 Since the turn of the century there have been five feature-length Spider-Man movies but none have been able to do what “Spider-Man: Homecoming” pulled off. Peter Parker, the lovable comic book hero under the red and blue tights who oozes heart, finally feels right. I loved Tobey Maguire’s portrayal of the web-head in Sam Raimi’s trilogy during the early 2000s and Andrew Garfield wasn’t a disaster in Marc Webb’s pair of disappointments earlier this decade. But it was hard to take either of them serious. Maguire was trying to play a high school senior even though he looked 35 and Garfield’s Spider-Man was written as a whiny, everything-is-the-end-of-the-world brat.

In “Homecoming,” Tom Holland (“Captain America: Civil War,” “The Impossible”) shines as the definitive version of the wall-crawler. The essence of what makes Spider-Man one of the most endearing and beloved superheroes is all there in spades. He’s a kid that is endowed with an incredible gift but doesn’t quite understand how or when to use it. He constantly toes the line of being a superhero and a high schooler. Should he use his powers to fight crime and help the world or should he use them to — like several of us would — play sports, be popular, get the girl, be rich, go to the parties and be a kid? Those moments are aplenty in director Jon Watts’ take of the character and it’s when the film shines.

Peter is a high school sophomore that is trying to impress Robert Downey Jr.’s (“Iron Man,” “Zodiac”) Tony Stark/Iron Man by fighting crime in the streets of New York City. He eventually runs into Michael Keaton’s (“Spotlight,” “Birdman”) Vulture, a man who lost it all and resorted to a life of crime to support his family, and sets out to stop his black market weapon sales despite Stark’s constant commands to not punch above his weight. But he does anyways and winds up making plenty of dumb decisions and brash moves that land him in trouble. It’s a different and refreshing take on the origin story that has been tired out over the last two series.

This Spider-Man is definitely a part of the Marvel Cinematic Universe and there are nods — both big and small — to the events leading up to “Homecoming.” Downey Jr.’s Iron Man plays a significant role but never makes the movie his. This is a Spider-Man movie … err … check that, it’s a Peter Parker movie. The moments of action are OK at best but the stakes of each situation make up for the frantic and panicky way they’re shot. The conflict is never too big and that’s a good thing. Every time the action goes down, it has to. And when there’s no need for Spider-Man to swing from building to building or punch a villain in the face, he doesn’t.

Keaton is solid as Vulture and his motivations are understandable. He’s not out for revenge or to kill anyone. He’s just looking to keep his family fed and safe. Watts does some interesting things with the Vulture and his menacing personality was a good balance to the levity and humor of the film.

At its core, “Homecoming” is a comedy. Holland’s delivery is good enough but the situations Watts throws him in are what bring out the belly laughs. Jacob Batalon stars as Peter’s hilariously nerdy best friend Ned and is one of several side characters that fit the tone perfectly. Zendaya, Donald Glover, Hannibal Buress and Marisa Tomei are all great touches in their small time on screen but Holland’s romance with Laura Harrier’s Liz felt wooden. It’s not because the lines Harrier and Holland are given fail but because every scene that is supposed to be filled with heart is undercut with comedy. That was the lone major gripe I had with this film but it ultimately stops it from being something special.

“Homecoming” is a promising start to what has been advertised as a trilogy of Spider-Man films similar to the “Harry Potter” series. I’m ready to see the continued growth of Holland’s Peter Parker over the years.

COMING SOON
• “War for the Planet of the Apes” — After the apes suffer unimaginable losses, Caesar wrestles with his darker instincts and begins his own mythic quest to avenge his kind.
Director: Matt Reeves
Cast: Andy Serkis, Woody Harrelson, Steve Zahn, Karin Konoval

• “Lady Macbeth” — Set in 19th century rural England, a young bride who has been sold into marriage to a middle-aged man discovers an unstoppable desire within herself as she enters into an affair with a worker on her estate.
Director: William Oldroyd
Cast: Florence Pugh, Cosmo Jarvis, Paul Hilton, Naomi Ackie