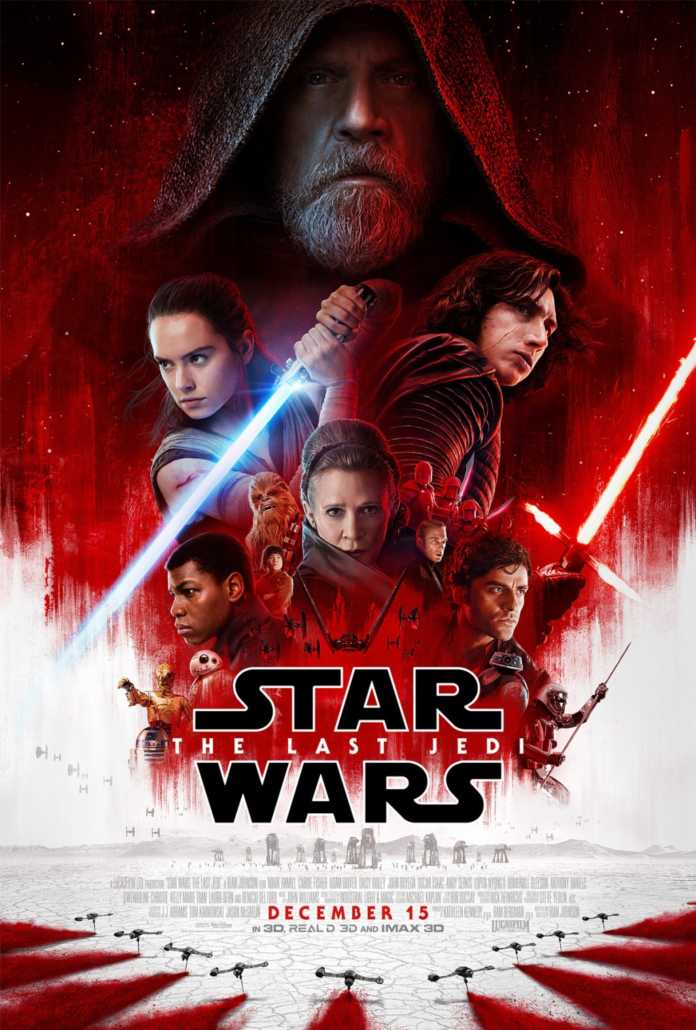 “Star Wars: The Last Jedi” manages to be one of the riskiest movies in the franchise while also being one of the safest. Writer-director Rian Johnson does a fantastic job of bringing up some interesting questions and ideas about the force and the balance of good and evil. But none of his musings are truly answered — or even explored much for that matter — and his presumed deep dive into “Star Wars” lore turns out being another surface-level probe that is hastily wrapped and shelved to set up a predictable but breakneck and fun ending. “The Last Jedi” is only risky in the way it answers lingering questions from the previous installment — director J.J. Abrams’ “Star Wars: The Force Awakens” released in 2015 — not in the decisions it makes to further the story heading into the impending finale to the new trilogy.

Truth is, “The Last Jedi” feels more like a filler television episode than the grand galactic opera the series is known for. There is no doubt that this film is beautiful and it definitely has the whimsical DNA that has kept the franchise trucking forward for 40 years. But the eighth installment in this storyline feels a bit empty, has some weird tonal problems and sticks around longer than it should.

After an incredible opening 15 minutes that sets up the ongoing battle between the waining resistance and shaken First Order, the film struggles to find its footing and give the majority of its characters meaningful things to do. Mark Hamill, Adam Driver and Daisy Ridley are all phenomenal as Luke Skywalker, Kylo Ren and Rey, respectively, but everyone else is running around in circles on meaningless side quests.

Oscar Isaac and John Boyega are exceptionally charismatic as Poe and Finn, respectively, but the former is somewhat underused and the latter seems almost forgotten. Isaac has a satisfying enough character arc but the actions that get him — and the film — from start to finish are head scratchers. Boyega is shoehorned into this film on a mission with newcomer Rose Tico, played by Kelly Marie Tran, that turns into a snoozefest and makes the second act feel lopsided when compared to the spectacular performances between Hamill, Driver and Ridley.

Driver is trying to cope with his failure from the previous installment and his inner conflict is one of the most satisfying aspects of Johnson’s take. Ridley, meanwhile, is trying to bring Hamill out from seclusion and find her place in the galaxy with his help. This is by far the best Hamill has ever been in the role. The late Carrie Fisher, too, turns in her top performance even though she isn’t given much to work with.

“The Last Jedi” does have Johnson’s patented sci-fi touch but just not enough of it. Because of this, it feels like it wants to head in a new and bold direction, while simultaneously veering toward the old beaten path. This film will without a doubt draw ire from the fans of the franchise but that is not the problem with it. The majority of the characters are paper thin and mostly used as plot devices, and the overarching themes that are so carefully built during the second act are thrown away in a matter of minutes. This film is going to make billions but I doubt that it will be remembered for much else than dividing the fanbase — and I don’t blame Johnson for that.

“Jumanji: Welcome to the Jungle” — Four teenagers discover an old video game console and are literally drawn into the game’s jungle setting becoming the adult avatars they chose.

“The Greatest Showman” — Inspired by the imagination of P.T. Barnum, The Greatest Showman is an original musical that celebrates the birth of show business and tells of a visionary who rose from nothing to create a spectacle that became a worldwide sensation.

“Pitch Perfect 3” — Following their win at the world championship, the now separated Bellas reunite for one last singing competition at an overseas USO tour, but face a group who uses both instruments and voices.

“Downsizing” — A social satire in which a guy realizes he would have a better life if he were to shrink himself.

“Hostiles” — In 1892, a legendary Army captain reluctantly agrees to escort a Cheyenne chief and his family through dangerous territory.

“Father Figures” — Upon learning that their mother has been lying to them for years about their allegedly deceased father, two fraternal twin brothers hit the road in order to find him.

“The Post” — A cover-up that spanned four U.S. Presidents pushed the country’s first female newspaper publisher and a hard-driving editor to join an unprecedented battle between journalist and government.