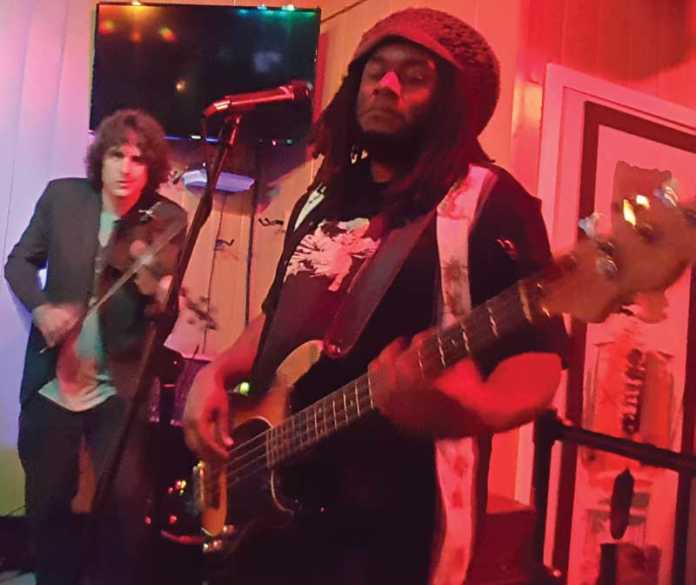 LIVE OAK — A bass player, Michael Curry was 16 when he first picked up an instrument. What he found was a creative outlet that became an invaluable addition to his life.

Curry never imagined himself playing an instrument, but when a high school friend came to him in search of a bass player, he found the social and artistic benefits were more than he could stay away from.

“Music has brought a part of my life that it wasn’t until later that I knew I needed it,” he said. “It was the social aspect of life and how music is an amazing, universal language.”

From Salinas, Curry said playing in Santa Cruz County has allowed him to find a niche of his own and grow musically.

“Just to play music is very accessible,” he said. “There is something to inspire you. Musically there was more diversity so I was able to explore more than where I had begun.”

Surf rock, classic rock, straight jazz, funk, soul and African music are now just some of the styles he has played. His love for playing and creating with other musicians stems from an unrecognized need in high school — one of social interaction.

“When I was first getting into music, the thing that changed me the most was my perspective on myself,” he said. “It was a great social outlet and I was able to think that it is good to think, but you really got to participate in life.”

For him, music became the outlet to bring him into the world. Later he said it helped him realize “he really did not want to be a hermit.”

But while music has a place in his life, it has not overwhelmed it.

“Don’t get me wrong, I love music, but it’s not my career — I have a job,” he said, laughing. “But it’s one of those things. We need to be creative. Especially if we tend to sit and think and things tend to get not so bright.”

For Curry, music gives him purpose.

“Being creative is one of the greatest ways to let us know ‘hey, you are alive, you are here,’” he said. “What can you do besides create?”

Finding balance between work and music has not come without cost. Years ago, after losing a good job because of scheduling conflicts with musical gigs, Curry found himself at crossroads.

“I had to question what do I really want to do with music,” he said. “Do I want to go all the way and try to make something of it or do I just want to experience it and be happy that I have the chance to do it.”

Once a week, twice a week, once a month — the number of gigs he picks up varies. He was able to tour around, and he said he thanks a lot of people for that; but now he said he has achieved balance.

“Because I don’t play music all the time,” Curry said. “Do I wish I could play more? Maybe a little bit, but musically I am not that ambitious. I’m playing, life is good.”