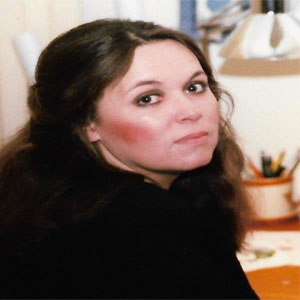 On April 9, 2017, Nora Jane Garbini (née Jolley) passed away with family and friends at her side, following a series of strokes. She was 69.
Jane, as she was known by many, is survived by her husband of 38 years, Guilio “Butch” Garbini Jr.; her daughter, Giuliana Garbini; her step-sons, Joseph Garbini and Richard Garbini; her step-grandchildren, Kaitlyn Garbini, Jonathan Garbini, and Marjorie Garbini; her sister, Virginia Jolley; her half-brother, Cole Jolley; her nephew, Jon Jolley and his four children; and her cousins, Linda Jolley Amrein and Janet Jolley. She also leaves behind countless friends. Jane was preceded in death by her parents, Marvin Coleman Jolley and Honora Josephine Goodale Jolley (later Domenica), and her brother, Ronald Jolley.
A lifelong resident of Watsonville, Jane was born on November 15, 1947. Jane’s family owned Jolley’s Jewelers downtown for many years. In her twenties and early thirties, Jane was a cocktail waitress and bartender at the Resetar, the Cabrillo Lanes Bowling Alley, and Garbini’s Hideout. It was during her time at Garbini’s Hideout that Jane and Butch fell in love and married. They ran the bar and Italian restaurant in its various iterations until 2005. Jane was also a checker at Albertsons and later Ralphs from 1989 to 2005.
An artist from a very early age, Jane’s preferred mediums were watercolors and oils. Flowers were her most beloved subjects.
In the 1980’s, Jane had her own company, Country Cottons, where she created hand-painted wall hangings, ornaments, and clothing. She sold both domestically and overseas. JCPenney and CR Gibson commissioned several of Jane’s watercolor designs for dinnerware, home accessories, and stationery items. One of these designs was named after her daughter, Giuliana. In her later life, Jane also created mosaics, jewelry, and various decoupage art pieces.
Jane was an avid gardener. Her large gardens were full of roses, foxgloves, hydrangeas, geraniums, and pansies. Her love of nature extended to animals and she had many cats, dogs, and birds over the years.
Services will be held at Mehl’s Colonial Chapel in Watsonville on Saturday, April 29 at 11am. A celebration of Jane’s life and art will be held immediately after at the Watsonville Elks Lodge from 12pm to 3pm. For more information, please call 831-818-6384.
As Jane’s health and quality of life were greatly impacted by rheumatoid/psoriatic arthritis in the later half of her life, the family is asking for contributions to be made to the Arthritis National Research Foundation. curearthritis.org/donate/