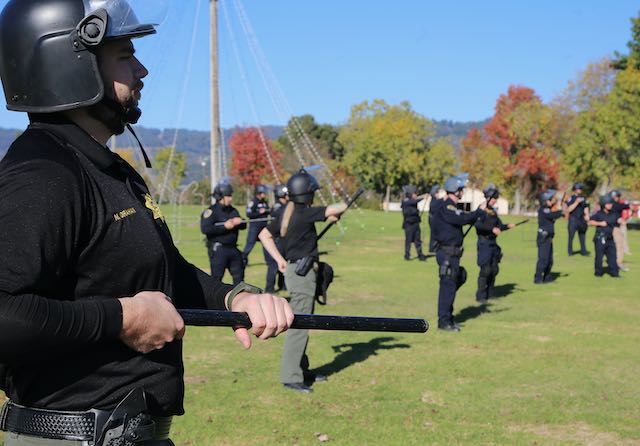 WATSONVILLE—Officers from six law agencies met at the Santa Cruz County Fairgrounds Tuesday through Thursday for training in how to respond to civil disobedience.

Classroom instruction led officers through constitutional protections such as free speech, the right to assembly and protections from unreasonable searches and seizures or immunities of citizens of the United States.

“We want to make sure our training includes understanding how people can assemble in a safe way,” Ching said. “This is a high-visibility level of training.”