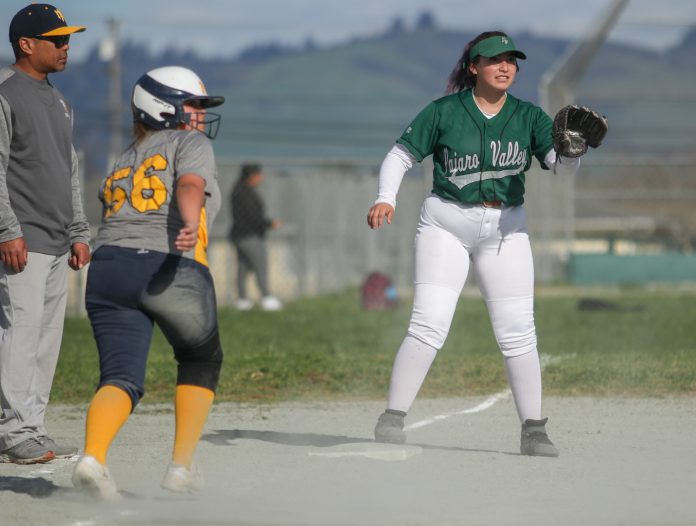 On the Lowdown: High school sports continue despite coronavirus scare

*NOTE: This story was written prior to Thursday night’s decision to suspend school athletics.

Make no joke about it. The coronavirus is real and it’s slowly making its way into the Pajaro Valley.

But the big scare hasn’t affected any of the prep sports in the area.

As of Thursday afternoon, the school district announced on Sunday it will continue with all sporting events that occur in open, outdoor spaces.

Michelle Rodriguez, superintendent at Pajaro Valley Unified School District, sent a letter to families of student athletes participating in spring sports in regards to the COVID-19.

Rodriguez met with the athletic directors and site administration from Aptos, Pajaro Valley and Watsonville high schools to discuss recommendations for athletic competitions.

Boys volleyball matches will also continue despite it being an indoor sport. Only parents or guardians will be allowed to attend and it must be 50 people or less, as recommended by Santa Cruz County Health Services Agency.

PVUSD is taking extra precautionary measures by deciding to cancel all field trips with destinations outside of Santa Cruz County.

“At times, the games will occur outside of Santa Cruz County and the participation of the athlete will be up to the individual families,” Rodriguez said.

PVUSD cancelled all boys volleyball tournaments, claiming the crowded conditions can lead to elevated exposure risk of COVID-19, which stands for coronavirus disease 2019, and is caused by a virus named SARS-CoV-2.

“We will work with the various leagues to see if we can schedule scrimmages to replace these tournaments,” Rodriguez said.

The Wildcat Relays for track and field at Watsonville High were cancelled for this weekend.

The school district is also canceling middle school wrestling. Plus, they are asking students to refrain from giving the traditional “hand shake” after the games.

It’s hard to say this because I’m a sports fan, but I’d say it’s a good idea to suspend high school athletics. At least until the COVID-19 is under more control.

Monte Vista Christian announced that starting Monday, it will suspend all athletic practices and events as the school begins remote learning for all students.

However, the school mentioned that athletic events from Wednesday to Saturday will still be played.

MVC’s website posted, “We received word today that the WCAL League, Gilroy, and Christopher have all suspended athletics for the next few weeks as well. We anticipate that more schools may follow suit in the next few weeks.”

MVC, which serves more than 850 students and 100 employees in four counties, hopes to resume on-campus learning and extracurricular activities at the end of Easter Break on April 14.

The Santa Cruz Warriors were scheduled to play Thursday’s night’s game against the Oklahoma City Blue at Kaiser Permanente Arena but without fans in attendance.

Saturday’s game against the Austin Spurs was supposed to be at the brand new Chase Center in San Francisco. Instead both games were postponed as the G League announced Thursday it stopped gameplay for the rest of the season.

The NBA announced Wednesday that it’ll suspend its season indefinitely. That decision was made after Utah Jazz center Rudy Gobert tested positive for coronavirus.

PVUSD said it is in constant communication with Dr. Gail Newel, the county’s public health officer who provides updates.

Parents were sent a message from all 10 superintendents in the county regarding COVID-19.

Legoretta said the coronavirus is something to be worried about but parents shouldn’t keep students from attending school.

“It could change at any time but Dr. Rodriguez doesn’t want to overreact,” Legorreta said. “She wants things to be as normal as possible and if there’s a reason to act she’s shown it, I think she acts pretty quick.”

It’s a bit chaotic right now and people are scared. I understand because I’m afraid of how it’ll affect those close to me, including my parents who aren’t young anymore.

But folks got past the swine flu in 1976 and then the SARS breakout in Asia in 2003. It’ll take time but just remember to keep clean, stay hydrated and think positive in these crazy times.

Editor’s Note: This article will be published in the March 13 edition of The Pajaronian.