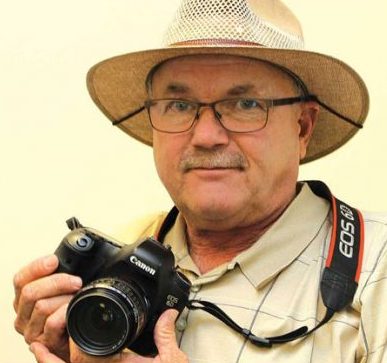 One shot down, one to go

A few days after my 67th birthday in early February, I got my first Covid-19 vaccination shot a day after my wife Sarah got hers. It was really simple and straightforward.

The process began with calls from our health provider, Dignity Health, about getting vaccinated. After reading countless articles and seeing scores of TV news reports of failures, short supplies, “the race to vaccinate,” botched deliveries and the like, we were both surprised at how simple the process was.

The call I got from Dignity Health went like this:

“Do you want to get the vaccination?”

“As soon as possible.”

“How about Saturday?” (two days away).

And that was that. On Saturday I walked a few blocks to Harbor High School where a large-scale vaccination was underway. I approached a tent and a kind man welcomed me, handed me two forms to fill out and directed me toward the school gym. There were about five cars in line and about 20 people in orange vests helping out.

The forms took about five minutes to fill out and were very simple. There were two people ahead of me at the entrance to the gym but they were ushered indoors in the next minute.  At the gym door a woman took my forms, checked them and guided me indoors. There, a woman seated behind a long table checked my name off a list.

Then I was led to a table where a friendly man looked at my forms, filled in a vaccination card for me and asked me to roll up my sleeve. I hardly felt the shot.

I was asked to sit in a waiting area at one section of the gym for the next 15 minutes to see how my body adjusted to the shot. There were about 40 people waiting with me.

One thing that struck me was the overall calm in the room. It all appeared to be well organized. I was asked twice by volunteers about how I felt. Fine.

As I walked home I checked my watch. The whole thing took less than 45 minutes.

Though Sarah said her arm was a bit sore for a few days, I felt no side effects whatsoever. We now have appointments for the second dose of the Moderna vaccination in a month.

Our friends, Ann and Dobie Jenkins told me the other day that they just completed the two-dose treatment of the vaccination. They said they also did not feel much of anything from the first dose, they both said they had sore arms after the second shot. And that evening Ann and Dobie said they felt a slight fever, shills and light headaches.

“But all that went away after we woke up in the morning,” Dobie said. “I recommend the consumption of a lot of water and maybe a Tylenol.”

More and more people I talk to have gotten at least one shot and many have had both. There have been 112.1 million cases of Covid-19 worldwide, 28.2 million cases in the U.S. and California standing around 3.54 million as of Wednesday. But the vaccination process, masking up, hand washing and social distancing—officials say—is having widespread impact on tamping down the virus. Several counties in our state just moved from the purple tier into the red and Santa Cruz County appears to be on deck to also loosen up on some restrictions.

I sure hope vaccinations bring us to a moving-on point.

Tarmo Hannula is longtime photographer and reporter for the Pajaronian. Contact him at [email protected]