SANTA CRUZ COUNTY—The number of unemployed people in Santa Cruz County has nearly doubled since the Covid-19 crisis began in March 2020, from 4.8 percent in 2019 to 8.5 percent last year.

That amounts to 16,900 fewer jobs than there were a year ago, said Santa Cruz County Workforce Development Board Director Andy Stone.

This was after the unemployment rate had been slowly decreasing just before Covid-19 struck, Stone said.

“That would be a significant increase,” he said. “It’s not a normal fluctuation, and it’s definitely related to Covid. Covid is still the primary force behind our high unemployment numbers.”

Hardest hit were the leisure and hospitality industries, Stone said.

The slowdown in business comes in part from changing shopping habits from customers wary of venturing out of their homes and into stores and restaurants, choosing online shopping instead, he said.

Jeanne Harrison, who owns Cafe Rio in Rio Del Mar, said she had to temporarily close the business starting Wednesday because she cannot find enough employees, and because the level of business has not allowed her to pay her bills.

Harrison says she is planning to wait until Gov. Gavin Newsom eases restrictions and allows restaurants to fill 25% of their indoor dining areas.

“We will prevail,” she said. “It’s just a matter of regrouping. Luckily we have the support from the community.”

Ted Burke, owner of Shadowbrook Restaurant in Capitola, says that the strict regulations from the state have forced the business to close, with no idea of when it will reopen.

Burke says that about 90 percent of his staff has said they will return once the restaurant does open, although many have cited the unpredictability of the industry as their reasons for seeking other careers.

While many out-of-work employees have been able to receive unemployment benefits, some who are not U.S. citizens are disqualified, Burke says. The Shadowbrook has provided those employees a stipend to help with ongoing expenses, he said.

“Loyalty is a two-way street,” he said. “We’re blessed to have loyal employees, so this is a way of returning that loyalty.”

According to the California Employment Development Department (CEDD), there are approximately 2,500 fewer jobs in hotels, restaurants and similar businesses than there were in 2020.

In Santa Cruz County, jobs in accommodation and food service are down 22.3 percent, according to the CEDD. Farm jobs are down 68.1 percent, although jobs in that industry typically fluctuate throughout the year based on the harvest.

The greatest losses have been in jobs such as waiters and waitresses, cashiers, chefs and cooks, retail salespersons and maids and housekeeping cleaners, according to a report published Feb. 10 by the Pew Research Center.

But there is some hope on the horizon, Stone said.

“As more people get vaccinated, we will start to see businesses reopen and restrictions lifted, which is going to create the need for employers to ramp up again, but it may be a slow process,” he said.

According to a June 2020 report by the California Farm Bureau Federation, the pandemic caused a major disruption to the agricultural supply chain worldwide, with estimated economic impacts estimated between $5.9 and $8.6 billion.

In addition, employment was down 13.4 percent, or 2.4 million agricultural jobs statewide.

Some commodities, particularly farms that supply vegetables to the food service industry, suffered more than other others, AmRhein said.

In addition, grocery stores were for a time limiting the amount of items they stocked, he said.

“As people tended to eat more at home and were going out to restaurants less they tended to buy more strawberries,” he said.

“(Agriculture) is different from other segments of the economy, probably because people have to eat,” AmRhein added. “You have to keep working.”

According to the Pew report, the pandemic hit the country hard when it started a year ago, resulting in a 14.8 percent unemployment rate nationwide, the largest increase during the post-WWII era.

That number has since decreased to 6.3 percent in January, the Pew report states, but the nation is still reeling from the Covid-19 recession.

The Pew survey shows that about half the people who are out of work due to Covid-19 are not confident about their prospects of getting their job back. Many, the survey says, are seriously considering changing their field or occupation.

The pandemic has been especially hard on low-wage occupations, the Pew report shows.

That is vastly different than what occurred during the Great Recession, which took a chunk out of middle-wage occupations, largely in the construction and manufacturing sectors.

Rise in unemployment has been more pronounced for Hispanic workers, younger workers and those without a bachelor’s degree, the Pew report says. 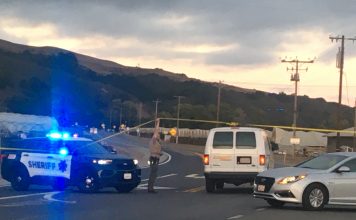