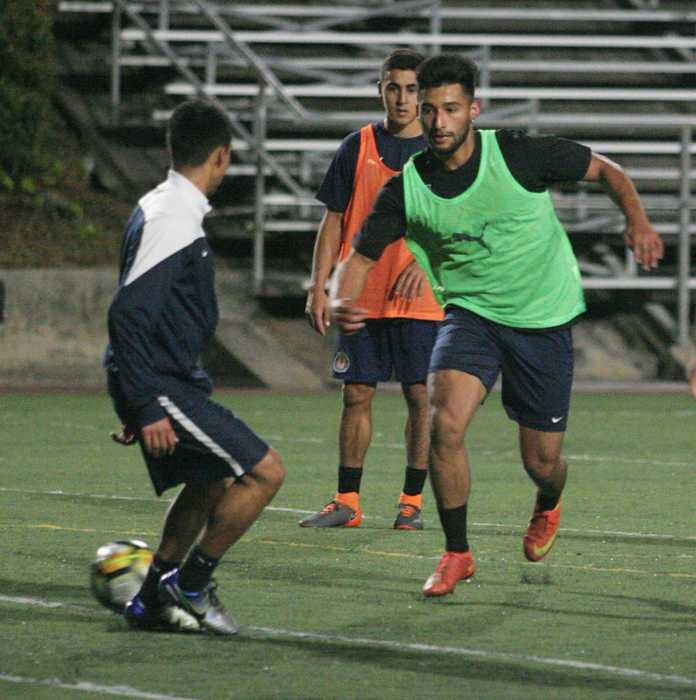 APTOS — Watsonville native Alvaro Madrigal has dreams of working in his hometown and helping the small farming community become a roaring economic and education hub.

“I wanted to give back to the community,” said Madrigal, a Loyola Marymount University graduate with a degree in urban studies. “Coming from a small city, and going to a bigger city, you see the changes that can happen. I want for my hometown to develop into a better city. Having kids have more opportunity for college and success.”

At the moment, that dream has been put on hold.

Madrigal is currently chasing another one.

The 2013 Watsonville High graduate is back in the Central Coast with the hopes of becoming a professional soccer player. Madrigal is part of the Santa Cruz Breakers FC inaugural Premier Development League (PDL) soccer team, which is set to play its first home match on Saturday at Cabrillo College at 7:30 p.m. against the San Francisco Glens SC.

The PDL is the fourth tier of competitive soccer in the United States, underneath Major League Soccer (MLS), United Soccer League (USL) and a vacant third tier.

It is considered an “amateur” league, working directly with the USL.

None of the players on the Breakers are being paid.

The Breakers, coached by UC Santa Cruz head coach Michael Runeare, are one of 74 teams in the PDL. They play in the Southwest Division.

Most players are current collegiate soccer players on assignment from various college programs from around the state. But the handful of college graduates and international players hold full-time or part-time jobs while they chase their dream of moving up to the USL and MLS.

“It kind of feels like college again, but with the job instead of classes,” said Madrigal, who picked up a few odd jobs to help pay the bills. “Right now, I’m trying to take some time off working and develop my game again and see where it goes.”

Breakers Academy Director of Coaching Paolo Carbone said players like Madrigal, a star at NCAA Division I L.M.U. over the last four seasons, are exactly why it made sense for the franchise to form with the help of local donors. There are not many options for players from the Central Coast who are fresh out of college and want to chase the dream of becoming a pro soccer player.

“You have a bunch of kids, good players that haven’t reached their peak yet, that just fall through the cracks,” Carbone said. “You see that all around the United States. You compare the pathway of German players and the pathway of American players. The problem that you see is that between 18-22 years old, they keep developing their players, putting them on the second team until they’re ready for the first team. In America, you go to college and if you don’t have a team to continue to progress, then they don’t have options. They get lost.”

The PDL also helps expose players still enrolled in college to a higher level of competition and professionalism during the offseason.

A 2017 Watsonville graduate and a longtime member of the Breakers Academy system, Adrian Rebollar now plays for NCAA Division II Cal State Monterey Bay. He said he was stunned by the competitive level in practice with several D-I players, college graduates and even San Jose Earthquakes legend Ramiro Corrales, who is serving as a player-coach, on the pitch. The 800 fans in attendance at the Breakers’ season opener against the San Francisco Glens SC last week also almost knocked him over.

“I don’t think I’ve ever seen that many people at a game,” Rebollar said. “It had a professional atmosphere to it.”