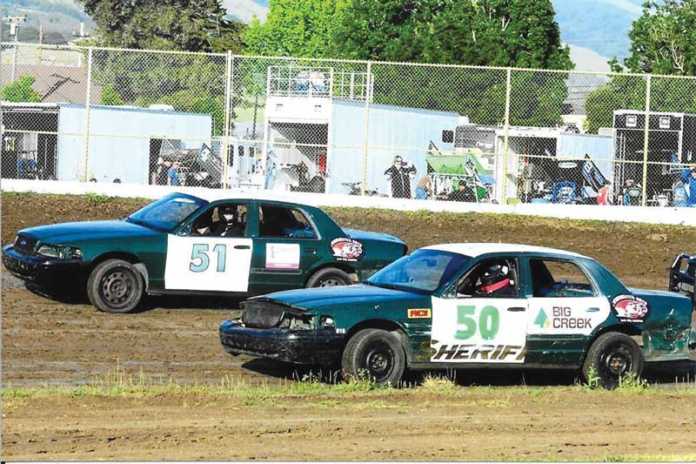 WATSONVILLE — Local law enforcement officers from a number of surrounding counties will take to the racetrack to “fund-race” for Special Olympics Northern California (SONC) at the 2017 Police in Pursuit event on Friday at Ocean Speedway in Watsonville.

Officers have taken retired police vehicles and revamped them to compete in the annual race, run on the dirt track at Ocean Speedway at the Santa Cruz County Fairgrounds, 2601 East Lake Ave.

The 12-lap competition is one of many events conducted by law enforcement through Law Enforcement Torch Run (LETR) to benefit SONC. Police in Pursuit was started by Lt. John Hohmann of the Scotts Valley Police Department in 2010, and raised more than $39,000 for SONC in 2016.

Police in Pursuit is open to the public to cheer on the officers in action. Tickets start at $15 and the races will begin at 6 p.m. For information, visit www.sonc.org.

Staff report - September 20, 2021
Two years ago Amy Thomas, principal at Watsonville Charter School of the Arts, noticed that her students were getting a bit restless during and...