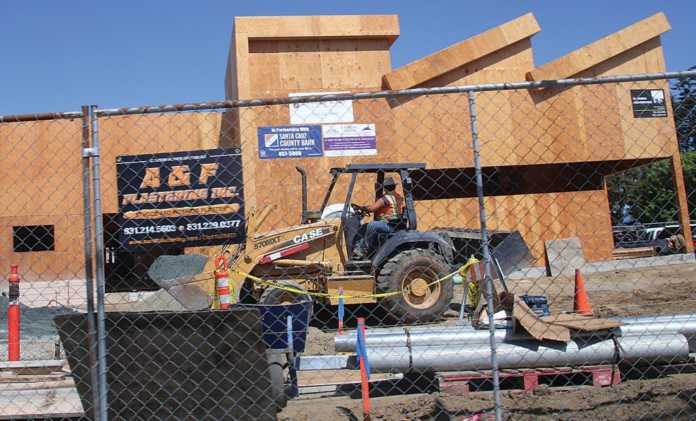 PVPSA on track for December completion

WATSONVILLE — Work is moving forward on the new addition to Pajaro Valley Prevention and Student Assistance (PVPSA) at the corner of East Lake and Brewington avenues.

CEO Erica Padilla-Chavez said work is on schedule for completion in December and a January move in.

“It’s a dream come true,” she said. “It still doesn’t feel real. This whole project is a labor of love by the people on our team. We’re really excited about it.”

Ground was broken in September 2018 for the $3.1 million project on the property that formerly held medical offices.

One aspect of the facility will be a new large conference/community room, a space where other non-profits and others can gather in large meetings, that Padilla-Chavez said will improve the service the organization provides.

Ultimately, the facility, which is an expansion of the existing PVPSA a block away on East Lake Avenue at Madison Street, will offer a central location for staff and space for an integrated behavioral health service center and a drug and alcohol abuse treatment space.

“It means so much to us when we think of how many people will be served in that new conference room and of the work we will be able to do, which is addressing the trauma that so many families face,” Padilla-Chavez said.

While Selden & Son General Building Contractor is the lead contractor for the project, the architecture is by In Studio Architecture and architect Alex Reynoso, a Watsonville High graduate.

“That’s one thing our board has been focused on: to keep the project local,” Padilla-Chavez said.