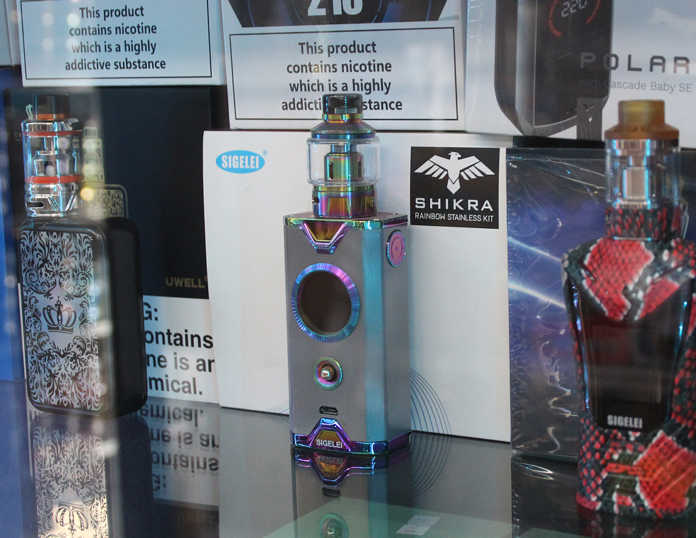 Question of the Week

Do you agree with the City Council’s recent decision to ban the sale of e-cigarettes and vapes?

Joey Elijah Martinez: The city is focused on stuff that’s a waste of money but doesn’t do nothing about all the syringes all over Ramsay Park and downtown. Focus on that first please.

Amanda E: I wish I had been there. As far as I know, have read, and have been told by several local business owners, cigarettes will definitely still be available. This is a freedom issue for myself and 13 million other vapers that finally quit smoking. The UK has free health care, and guess what? Vape shops in the hospital. They have studied the science and invite everyone to please do the same before making judgements and especially before making laws! The kids are getting sick from illicit black market cannabis products. Not nicotine. They will continue to sell cigarettes here in watsonville, and the entire country, because that is what they want, this propaganda is fueled by big Tobacco and backed by our public servants in the name of the almighty dollar. They will also continue to sell cannabis products (how do you feel about kids smoking pot, not that great for them?) They will continue to sell cotton candy flavored vodka. The issue here is with teens making poor choices, parents not monitoring them properly and honestly the biggest problem that no one addresses is the convenient store access. That is who is selling to minors. I assure you no dedicated vape shop is selling to minors, the industry has been policing itself for years in anticipation of this issue. Also you should know that the two-dozen teens that were there were paid to be there. By the truth initiative, which is funded by tobacco money.

James Snedeker: You do realize that the Tobacco industry is salivating over the dumb decision you just made. Remember what happened when overreaching parents like you tried banning rock music? Or banning video games? You think you can control people with legislation, which not only makes you an authoritarian but obviously someone who doesn’t think about their actions. No one has gotten hurt from E Juice. Literally NO ONE. Kids bought black market THC and died from the burning of Vitamin C. If you think Marlboro is not happy right now, you are CRAZY.

Editor’s note: To participate in the Question of the Week visit The Pajaronian Facebook page and cast your vote.