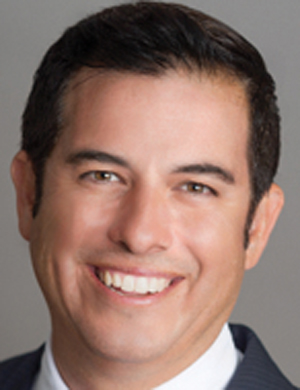 In 1992, some of us witnessed the ugly truth of racism for the first time. We heard the outcry over the beating of Rodney King. I was a teenage student at Watsonville High School, who believed in an equitable world. Like many of the youth today, I joined hundreds of classmates on the streets to protest racial injustice. Many of us couldn’t understand the treatment the black community had to endure.  Like most young people, we were filled with good and optimism.  Unfortunately, as we aged we started to see the world through a clearer lens. We began to feel the pain that comes at the hands of people who refuse to accept anyone different than them. Throughout the years, these images and incidents continue. Unfortunately, to many people, it feels routine and a part of life. However, to a black American, it hits the soul hard. They feel alone and abandoned by their fellow citizens. Hundreds of incidents go by and there’s deafening silence.

Once again, another black life is taken at the hands of racism.  Many Americans are finally saying, “no more!” George Floyd’s murder has caused massive unrest. Americans are now forced to feel the pain that black men and women have felt since slavery. Many have been lynched, killed, demeaned, humiliated, denied an equal education and have historically been seen as 3/5 of a person in order to increase Southern congressional representation. People have sat quietly and watched these atrocities take place against the black community for centuries. Personally, I don’t understand how people have the seed of hate in them. I have always embraced diversity and have spoken out against injustice. I understand that change doesn’t happen on its own.  It’s up to all of us to do our part and demand it.

Recently, I’ve had the honor of teaching a Cultural Studies class. As a teacher, I’m able to help shape and mold our youth’s minds. It’s an honor to sow the seeds of love, empathy, compassion and acceptance. Day one of class, the students are asked to set life goals for themselves. Many haven’t thought that far into their futures. In order to help give them the foundation to dream, I first teach them about the struggles and dreams of those who came before them. They are taught about Martin Luther King, Jr., Selma and “Bloody Sunday,” Mathematicians Katherine Johnson, Dorthy Vaughn, and Mary Jackson, President Barack Obama and First Lady Michelle Obama, and Oprah Winfrey. Once they comprehend the struggle, it is easier for them to understand our diverse humanity. They build a connection with their fellow mankind. The students learn to respect people who are different. In turn, they come to respect themselves. Now they can build their dreams using a broad inclusive brush.

I’m not confused about whose role it is to change the world. We have to realize this isn’t a black problem. Systemic racism is a “WE” problem. We cannot sit here and clutch our pearls, as centuries of racial injustice continues. We cannot be distracted by the voices focusing on looting and civil unrest. It’s time to face the pain, not deflect. It’s time to join hands with our black brothers and sisters. It’s time for us to be angry. We all should have been gasping for air with George Floyd as we watched him take his final breath. His cries for his mama should be touching your soul. That image should have unleashed something so powerful inside of you. It’s time for us to rise up and end racism once and for all. We need to stand in the face of hate and injustice. We need to be the voice for those who are being silenced. Creating a world of inclusion and love starts with us. In the words of Mahatma Gandhi, you need to “be the change that you wish to see in the world.” We are all paying attention now. It’s our opportunity to not let George Floyd’s death be in vain. Everyone has a responsibility to bring the change our communities and country deserves. We each have a role to play in making this a more inclusive world. It’s up to us.

Editor’s note: Jimmy Dutra is a former Watsonville City Councilman and a local educator. His views are his own and not necessarily those of the Pajaronian. 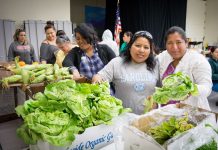 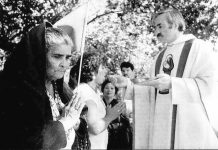 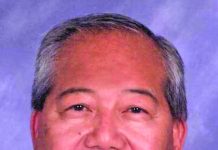 Tarmo Hannula - June 24, 2021
WATSONVILLE—Police have shut down Riverside Road in Watsonville as they deal with a man who is reportedly armed with a gun at a home...