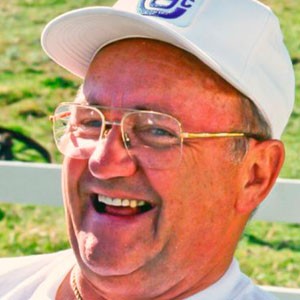 Robert “Bob” Dickens, beloved husband, father, grandfather, great-grandfather, friend, businessman, Eagle Scout, and pilot, slipped the surly bonds of earth for the last time on July 26th, 2019, and now flies above us all looking back on a life of love, success, and adventure.

Born in Watsonville in 1936 and graduating from Watsonville High School in 1954, Bob, along with his brother Norman, built the family business, Associated Chemicals, into a successful agricultural business in the Salinas Valley. In the 80s and 90s he could be found providing his leadership skills to various agricultural organizations in California.

Bob, an extraordinary people person, contributed his time and his airplane to The Flying Doctors many times in the 80s, flying into rural areas of Mexico to help provide much needed medical attention to the accomplished, he was always eager to try something new, like skydiving and scuba diving.

Looking down from above, Bob now sees his wife of 60 years Virginia; his daughter Chris Ferdinand (Roger), of Seattle, son Robert Dickens Jr., of Watsonville; his grandsons, Jason Ferdinand (Emily), of London, England, Joshua Blanton (Candace), of Miami, Florida, and Bradley Dickens, of Watsonville; and great-grandchildren, Finnley and Adelynd Blanton, of Miami, Florida.

So, if you happen to hear a small plane and look up into a beautiful blue sky and see nothing, smile and give a big wave anyhow; that was probably Bob.

A memorial in honor of this wonderful man will be held in the near future. Black Cooper Sander Funeral Home in Hollister in charge of the arrangements.