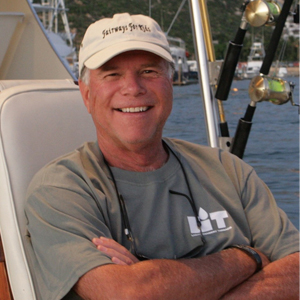 With heavy hearts we share with you the loss of our Dad, our “Jedo”, our Big Bob.  He was Sandy’s Husband, Dad to Cathie, Tami and Staci. Grandfather to Ky, Trey, Haley, Hunter and Mason. Bob was the younger brother to Bill, and the son of Ann and Tony.  He was loved by his family and friends, and he will be sadly missed by so many.
Bob fought a brave battle with Parkinson’s and Lewy Body Dementia. He never complained about his circumstances but pushed forward to make the most of every day that he was given. He found peace in his final moments with his family gathered around him at home.
Bob was a third generation native born in Watsonville and grew up on his family ranch on Riverside Road. He went to Watsonville High School and played football. Being from a small town he made lifelong friendships. Bob worked at a cold storage house packing lettuce and Daylite Market packing groceries with his buddies. Bob had many fun, mischievous, adventure-filled times with his friends and they were always looking to play some kind of practical joke on one another.
After graduation Bob traveled to Europe with his friends Jim Schaffer and Bob Vajretti for a 3 month long motorcycle tour. Dad and Bob V. were recently reunited and had a chance to reminisce about their adventure. We have heard some stories of their travels, but we can only imagine the parts they didn’t reveal to us. When Bob returned home he continued to ride and developed a love for cars. He restored many over the years and later spent time traveling with friends through the bay area and wine country on weekend car club getaways.
Forty-seven years ago this month, Bob married Sandy. Together they created a life with their blended family. Bob started out as an electrician before earning his contractor’s license and becoming a builder. He and Sandy designed and built many beautiful custom homes for the family. During this time Bob also helped support Sandy’s dream of owning her own business, Innovations. Bob later transitioned into selling homes working with longtime friends Robin Sherman and Martin Boone. Always a hard worker, providing a great life for his family was a priority.
Bob and Sandy traveled to many places and had great adventures in Tahoe, Hawaii, Spain, Italy, Hong Kong, the San Juan Islands, Greece and Istanbul. The trip of a lifetime was to Croatia with lifelong friends Judy and John Matiasevich to see his family homeland. Even though he had been to many places in the world Bob’s favorite annual vacation was to Cabo San Lucas for a week on the beach with family and friends.
Bob loved to golf and was an avid sports fan, loyal to the Giants, and a 49er Faithful. But the sport Bob loved the most was whatever his grandkids were currently playing. He was always at any T-ball, soccer, baseball, basketball, flag football or cheerleading event, sometimes making multiple trips around the county in one day just to cheer for them. The grandkids called him “Jedo” and they loved to spend time with him. Jedo would pick them up from school and shuttle them all around town spending quality time with them in his retirement. A favorite surprise for the kids was when Jedo showed up for a ride in his 1963 convertible Rambler.
Bob spoke often of how wonderful his friends were. He always said he had the best buddies in the world…you all know who you are.  He especially loved his Tuesday card games at DeLaveaga.
He will be forever remembered by Sandy, whom he called his Bride, his girls, Cathie(Pavlovich) Escalante, Tami(Blanton) Selden, Staci(Blanton) Sperry, and his Guys, sons-in-law Rudy Escalante and Will Selden, and his beloved grandchildren Ky and Trey Selden, Haley and Hunter Sperry, Mason Escalante, and his own quick witted elder brother Bill, who the grandkids fondly call “GUB”. Bob was preceded in death by his parents Ann (Scurich) and Tony Pavlovich.
We would like to extend a special thank you to all of the wonderful people at Hospice of Santa Cruz County and Bob’s amazing caregivers Veronica, Kim and Art.
A celebration of Bob’s life is planned for Saturday, November 18th from 5 – 7pm.  Please RSVP to [email protected] for more information.
The family asks those who so desire to make a memorial donation to Hospice of Santa Cruz County in Bob’s name. Mehl’s Colonial Chapel was entrusted with the arrangements.