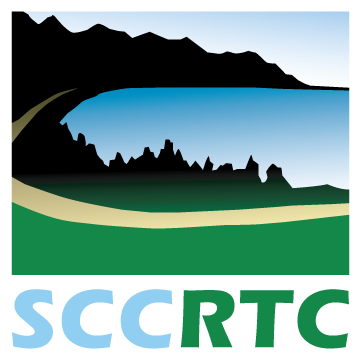 RTC says ‘Yes’ to train and buses, ‘No’ to trail and pod cars

The leading options before the Regional Transportation Commission (RTC) include bus rapid transit, electric light rail, an electric commuter train, and a mix of the train and bus options.

“I think it’s going to be helpful to us all to study these four options carefully,” Commissioner and Santa Cruz County Supervisor John Leopold said, while making a motion to approve a phase of the Transit Corridor Alternatives Analysis, worked on by RTC staff and a private consultant. The commission approved the report by an 11-1 vote. The next phase of analysis should come before the RTC in September.

During Thursday’s meeting, Santa Cruz METRO CEO Alex Clifford said the local bus agency is working with the RTC on the two-year study, spurred by the two-year-long Unified Corridor Study, which grew out of the successful 2016 ballot initiative Measure D.

“This has been a highly collaborative process,” Clifford said.

Clifford did not go into detail about METRO’s involvement and what’s at stake, but there is a chance that a new train would impact bus routes, ridership and revenue streams. It was partly METRO’s concerns about the Unified Corridor Study more than a year ago that paved the way for the alternatives analysis in the first place.

During Thursday’s meeting, Commissioners Sandy Brown and Mike Rotkin floated the idea of adding personal rapid transit (PRT), or pod cars, to the list of items worthy of high-level analysis. Their reasons included that smaller cars might be a safer way to move people—assuming that riders will still be concerned about the risk of airborne disease transmission in the relatively distant future—and that it might be relatively affordable, despite findings from staff. The commission did not ultimately add PRT to the list.

Although some members of the public called for more study of a trail-only solution on the corridor, Leopold and Commissioner Alternate Andy Schiffrin said that it would be wrong to do a do-over of the Unified Corridor Study, which demonstrated less value for a trail-only transportation alternative, compared with public transit options.

According to public commenters, the passenger rail options have support from a variety of groups, including the local Sierra Club chapter, Regeneración Pajaro Valley Climate Action, Bike Santa Cruz County and Friends of the Rail and Trail.

The lone dissenting vote Thursday came from Commissioner Randy Johnson, a Scotts Valley city councilmember who questioned the cost of the items being discussed. He wondered whether voters would really have the appetite for them. He said that, when voters approved Measure D in 2016, they wanted to see progress and that they wanted it quickly.

“The expectation was that things were gonna happen,” Johnson said, “and right now, we’re gonna do further studies on—in my mind—options that are infeasible and—especially with the economic situation we’re in right now—don’t hold out any hope of being implemented.”