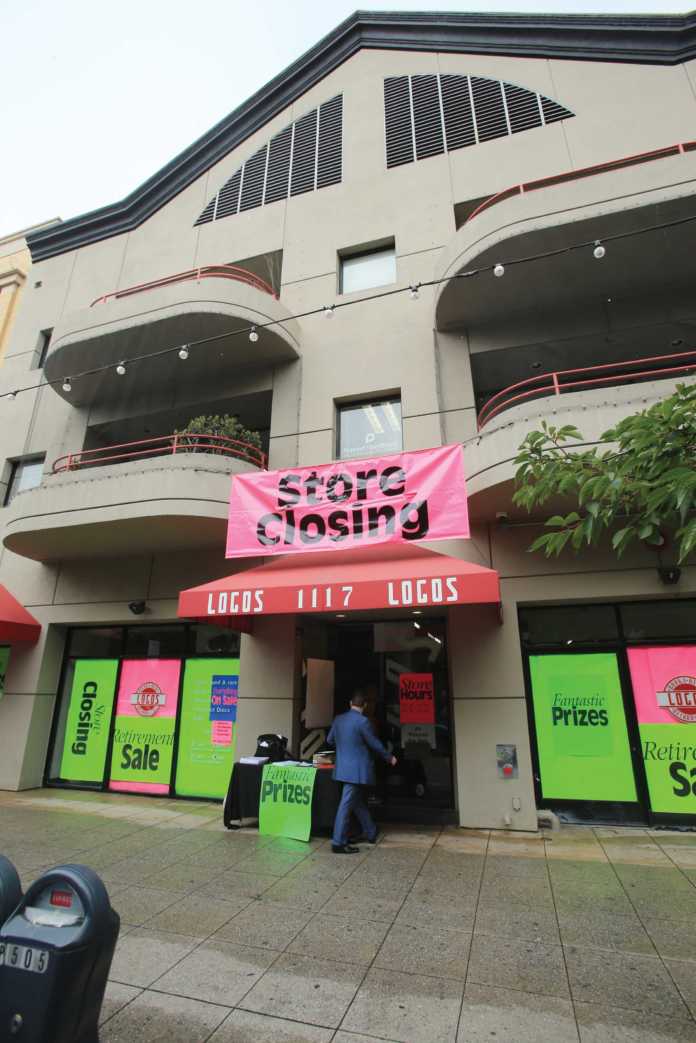 SANTA CRUZ — Logos Books and Records, a pillar in the Santa Cruz downtown business community for more than 40 years, has announced that it will soon close.

Long known for their blistering low prices on used books, CDs and LP records, the business, owned by John Livingston, has been a mainstay for scores of students in search of literature for their classes, those in search of Hemingway, London, O’Connor, Steinbeck and so on, as well as a vast collection of poetry, a seemingly endless collection of modern and past date recorded music, stands without competition for the vast opus.

Boasting hours from 10 a.m. to 10 p.m. almost every day of the year, Logos has been almost a constant beehive of activity, a common hub for people to wander and browse, grab the latest calendar, score a cheap novel, pick up a greeting card or dig deep into their glass case of ancient collectible books.

“It’s sad but this is the next step,” Livingston said. “I’ve been dealing with this sale for over a year, but I simply had no takers. It’s just part of a changing economy. It finally dawned on me that the sale of the business was just going to happen.”

The business is now holding sweeping sales and specials. They are projecting a final closing date around Labor Day.

Logos originally moved into their first location on Cooper Street in downtown Santa Cruz in 1973. They moved to their current location on Pacific Avenue years later but the 1989 Loma Prieta Earthquake forced the closure of the building. It reopened following a major rebuild in 1992.

“I think we recognize the closing of our business is a tremendous loss to the community and I continue to hold out hope that someone will buy it and keep it going,” Livingston said.