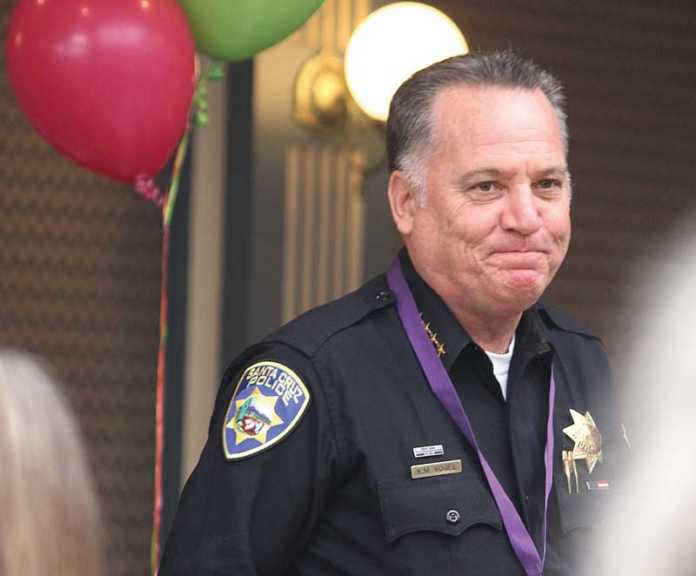 Santa Cruz Police Chief Kevin Vogel, who will be retiring on June 2, was recognized during the Santa Cruz Beach Boardwalk’s summer kick-off party Thursday in the Cocoanut Grove. Vogel was hired by SCPD on Feb. 9, 1987, worked his way up in the ranks and was appointed chief in 2010. He announced his retirement in February.

By Erik Chalhoub, Special to the Pajaronian MORGAN HILL—Citing a need for more space and to be closer to...
Read more
Local News

WASHINGTON D.C.—California Sen. Kamala Harris, known for her hardline stance on criminal justice, made history Tuesday when she became both the first...
Read more
Local News

WATSONVILLE—With roughly 64% of Watsonville having already taken the 2020 Census, the community is keeping pace with the state and national self-response...
Read more