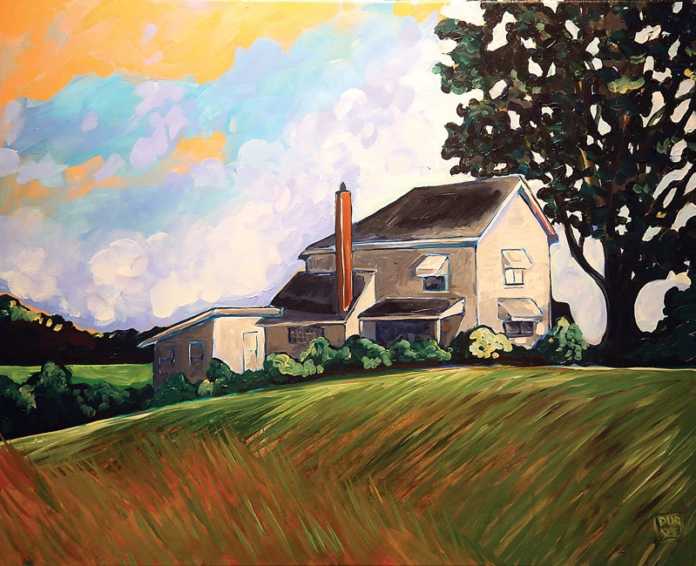 Sculpture, painting and photography on display in county building

The show includes paintings, photography and sculpture as part of a group exhibit that is showing on the first and fifth floors through July 26.

Santa Cruz artist Jeff Arnett is one several with work on display.

“Maybe the arrowheads my father found in Alabama as a child and later gave to me were my first inkling that stone could be shaped to suit our needs,”Arnett said. “But it wasn’t until I took a studio art class at UC Santa Cruz that I realized how much my hands wanted to shape clay, wood and wax.”

Arnett went on to major in art at UC Santa Cruz and became inspired to work in bronze and stone.

“Local granite sculptor Peter Hanson taught me about using power tools and encouraged me to try Open Studios, which finally gave me the push to show my work,” Arnett said. “After I chose to be an art major, I just ended up getting pulled into that world. It was a lot more interesting than political science.”

“Spearless” is a bronze sculpture by Jeff Arnett. (Photo by Tarmo Hannula/Register-Pajaronian)

Arnett’s pieces range in size from a few inches tall to around 150 pounds. He has shown four times at the annual Sculpture Is outdoor exhibit at Watsonville’s Sierra Azul Nursery and Garden and currently has a piece showing there.

“When I can’t lift my pieces anymore is when I retire,” he said.

Santa Cruz artist Janas Durkee, who was brought up in Richmond, Ind., said she is showing 16 of her original acrylic on canvas paintings on the fifth floor in the group exhibit. She also works in pastels and ink.

“I grew up amidst great storytellers, so when I paint, I’m looking for what my subject wants me to hear,” she said. “Sometimes, it seems as though I am back to my childhood sitting at the foot of my grandpa’s chair listening to stories of the foothills of the Kentucky Mountains. And sometimes, it’s like having a glass of wine with an old friend. I love coaxing them out of the canvas.”

The County Building is at 701 Ocean St.

Durkee’s work can also be viewed on her website, janasdurkeearts.com. To see Arnett’s work, visit jeffarnettsculpture.com