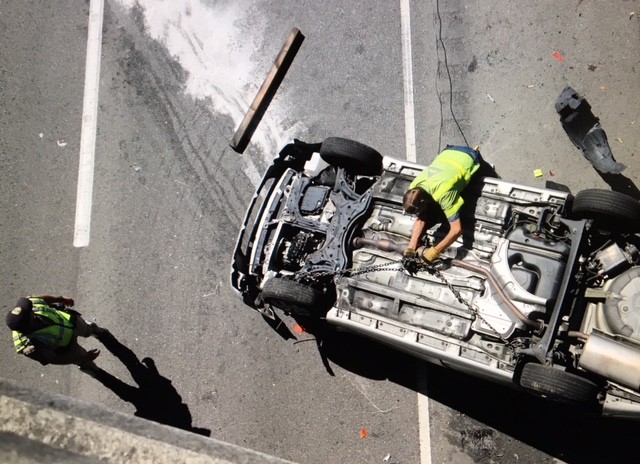 The California Highway Patrol said three adults and one child were aboard a newer model Toyota Corolla traveling northbound on Highway 1 at 3:30 p.m. The Corolla driver lost control and the car then rolled upside-down beneath the Freedom Boulevard overcrossing.

At least two people were seriously hurt. Paramedics called for two air ambulances to carry the seriously injured victims to trauma centers out of county.

Northbound traffic was narrowed to one lane for about an hour, causing a significant backup.

The incident is still under investigation by the CHP.

Tarmo Hannula - September 20, 2021
Two years ago Amy Thomas, principal at Watsonville Charter School of the Arts, noticed that her students were getting a bit restless during and...