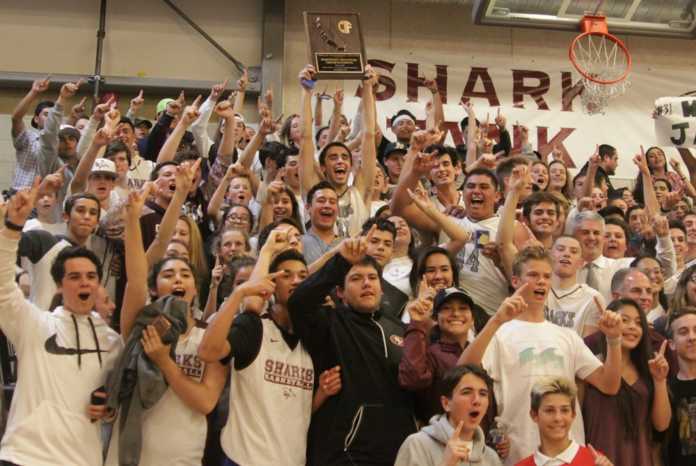 In terms of championships, the year 2017 was a special one for the teams from the Pajaro Valley. Whether it was individuals capturing titles, teams breaking droughts or freshmen setting the section and state ablaze, several local athletes were a cut above the rest.

Here are the top local sports stories of the year in no particular order:

They might have come heartbreakingly short of the county’s second state title, but the road to the Golden 1 Center in Sacramento was a special one.

RUIZ RUNS INTO SPOTLIGHT
Watsonville High’s star freshman cross country runner quickly made a name for herself, and her presence only grew larger as the year went on, earning All-CCS honors and being named the top freshman runner in all of Northern California.

She finished 30th in the CIF Division I race and was second in the freshman race of Foot Locker Cross Country National Championships west regional.

WATSONVILLE WINS IT FOR SANTA CRUZ COUNTY
Seven other softball teams from Santa Cruz County had made it to the same stage and all of them had come up short.

The 2017 Wildcatz made sure they would not become the eighth.

With timely hitting and shutdown pitching throughout its postseason run, Watsonville finally brought home a CCS title for the school and the county.

The Wildcatz reeled off four straight heart-pounding playoff wins, including a 1-0 victory in extra-innings over Pioneer High’s Holly Acevedo — one of the top pitchers to ever play in Northern California — to reach the CCS Division I final.

A LEGEND GONE
Watsonville lost its biggest sports star in 2017 with the passing of legendary basketball player Ken Sears.

A two-time NBA All-Star who was the first basketball player to grace the cover of Sports Illustrated, Sears died surrounded by family in his Watsonville home at the age of 83.

A member of the Watsonville High and Santa Clara University Hall of Fame, Sears carried the Broncos to NCAA Final Four in 1952 before being selected fourth overall in the 1955 NBA Draft by the New York Knicks, where he played for six seasons. He finished out his career with the San Francisco Warriors, playing until 1964.

The Monterey Bay League and Mission Trail Athletic League decided to join forces for the foreseeable future early in 2017.

The long-rumored move pushed forward in March and made official in October will create some of the toughest divisions in the CCS.

For example, the top division for girls’ volleyball will feature Carmel High, Christopher High, San Benito High, King City High, Monte Vista Christian, Notre Dame-Salinas, Salinas High and Santa Catalina. All eight teams made the playoffs, six of them advanced to the CCS semifinals and one captured a section title.

The move, however, could be a major boost for programs that have traditionally struggled to compete throughout the years.

PENA ENDS DROUGHT
Not since Emmanuel Lanuza and Robin Miranda in 2008, had a Watsonville wrestler captured a CCS championship.

Abel Pena put an end to the nine-year drought in 2017, bringing home a CCS title at 120 pounds with a victory by 7-0 decision over Fremont High’s Angelo Reyes.

A year after being academically ineligible to compete, Pena, now a senior, put together a masterful season in which he also won the MBL title and qualified for the US Marine Corps Cadet & Junior National Championships in Fargo, North Dakota.

APTOS PARTIES LIKE ITS 1983
The Aptos High girls’ basketball team was presumed to be too young to make a mark on the SCCAL, let alone the CCS.

Age was just a number for the Mariners.

With seven underclassmen, several of which started and saw big minutes throughout the season, Aptos won 26 games and stunned the CCS by winning three straight games against higher seeds to capture the program’s first section crown since 1983.

It wasn’t uncommon for Aptos to have four to five underclassmen on the court during the run to the CCS Division III title. In fact, sophomore Hannah Hocom scored 25 points in the championship game and freshmen Gabby Giuffre (14) and Natalia Ackerman (12) also scored in double figures.