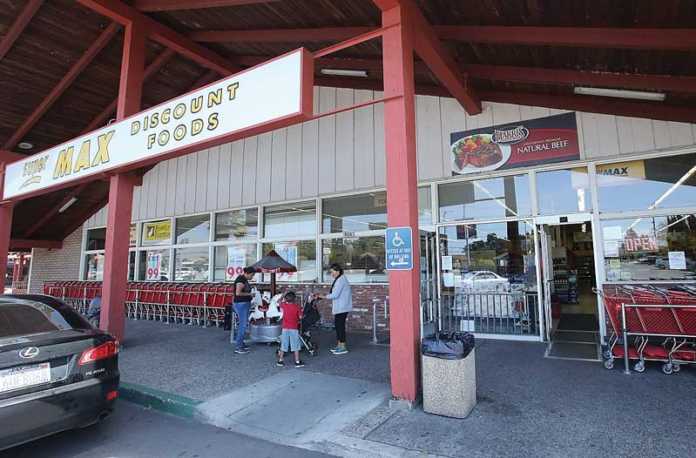 Staff of Life market to open in East Lake Village

(Officials from the popular Staff of Life food market of Santa Cruz plan to open a second branch in the former Super Max Discount Foods in the East Lake Village Shopping Center in Watsonville. Photo by Tarmo Hannula/Pajaronian)

The company’s original store, located at 1266 Soquel Ave. in the Seabright neighborhood of Santa Cruz, has long been a grocery mainstay in North County. It is considered a “green” business for its environmentally friendly practices.

“The community has spoken about getting businesses with healthy and organic-based choices, and here is our opportunity,” Dutra wrote.

Dozens of people responded to a Facebook announcement of the news Thursday, many of them excited that they will no longer have to drive to North County for organic and natural food.

Staff of Life owners did not respond to a request for comment by press time.

In an email, spokesperson Hollie Wendt said, “Our owners want residents to know that they consider Watsonville a stellar location with great people.”

Watsonville City Councilwoman Nancy Bilicich said she has received calls and emails from numerous people since the announcement.

“People are so excited,” she said. “I have never seen so much enthusiasm.”

Bilicich said the move will be a boon for Watsonville’s east side, which has had a dearth of nearby grocery shopping options since Super Max Foods closed in May.

“It’s going to enhance the east side of Watsonville,” she said.

The building at 906 East Lake Ave. has housed a grocery store for more than 50 years. Before it became Super Max Discount Foods, it was Lambert’s Market.

Dutra said it will undergo a “huge” renovation before it opens, but it is not yet clear when that will be.

Staff of Life will be an addition to the growing East Lake Village that already boasts Coffeeville, a sushi shop and Carmona’s BBQ Deli.

Fruition Brewing, which is expected to open in the fall, will be a 4,400-square-foot brewery that will offer craft beer and a small menu.

Watsonville City Manager Matt Huffaker called the announcement a “game-changer” for the city.

“We’re excited to see another quality company investing in Watsonville and expanding the community’s access to the healthy food options they deserve,” he said.

APTOS—Sometime in the summer, Mid-County will have a new ice cream shop, a walk-up establishment near the heart of Aptos Village. Bruster’s Real Ice Cream—headquartered...
Read more
Arts & Culture

When the pandemic first hit, many retail stores across the globe were forced to shut down their brick-and-mortar locations and transitioned to online shopping,...
Read more
Business

WATSONVILLE—A familiar face has stepped in as the new operator of Pinto Lake City Park. Jesus Madrigal, the president of the Watsonville Farmers Market, was...
Read more

TODD GUILD - April 16, 2021
WATSONVILLE—After a year of being shuttered, Pajaro Valley Arts (PVA) has once again fully opened its gallery to the public. On April 9, the organization...