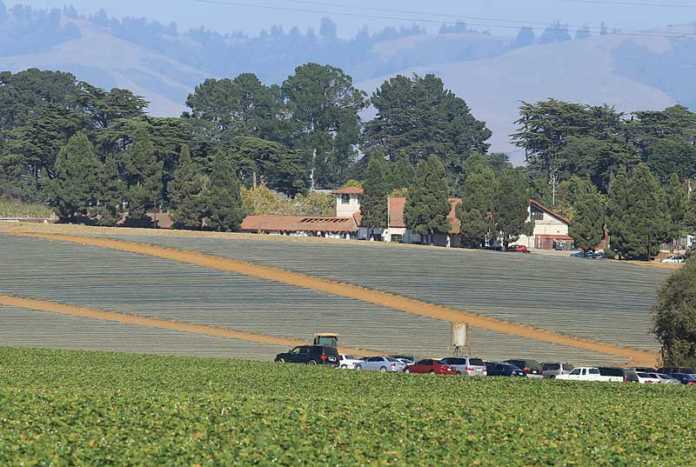 State adopts rules for pesticide use around schools

SACRAMENTO — The California Department of Pesticide Regulation (DPR) on Tuesday announced a new set of rules governing the use of pesticides around schools and licensed child day-care facilities.

Environmental health advocates, meanwhile, say the new regulations fall short of the one-mile buffer zone for which they have been fighting.

The advocates also say the rules don’t address the threat of long-term exposure to chemicals that linger long after they are applied.

The rules, which take effect on Jan. 1, prohibit many “drift-prone” pesticide application methods within a quarter-mile of schools, from Monday through Friday between 6 a.m. and 6 p.m.

This includes applications by aircraft, sprinklers, air-blast sprayers and all fumigant applications.

In addition, most dust and powder pesticide applications, such as sulfur, will also be prohibited during this time.

There are additional restrictions on fumigant pesticides, which can’t be used within a 36-hour period before a school day.

The rules also require California growers annually to tell public schools, day-care facilities and county agriculture commissioners about the pesticide they plan to use within the buffer zones within the upcoming year.

State officials say the rules replace a “patchwork” of rules and regulations with statewide standards.

The regulation will affect about 4,100 public K-12 schools and licensed child day-care facilities and approximately 2,500 growers in California.

“These rules will help to further protect the health of children, teachers and school staff from unintended pesticide exposure,” said Brian Leahy, DPR director. “They build on our existing strict regulations and give an additional layer of protection that is now consistent across the state.”

The new regulations were adopted after a two-year process, during which state officials held three formal hearings and 15 public workshops in five locations around the state, and reviewed more than 19,000 public comments.

In a media release, Californians for Pesticide Reform Co-director Mark Weller called the long-awaited rules a “significant step forward,” but said they don’t address the “near-constant low-level daily exposures” by people who live and attend school near agricultural fields.

The trouble, Weller said, is that the rules do not account for the fact that many pesticides linger long after they are applied.

He pointed to a 2014 study which shows that eight of the 10 pesticides most commonly used near schools persist in the air for days or even weeks.

In addition, the rules won’t help children who attend after-school programs and weekend activities, he said.

“Pesticides have no respect for the school calendar,” said Pajaro Valley Federation of Teachers President Francisco Rodriguez. “A part-time no-spray buffer zone simply does not protect kids from exposure.”

A California Department of Public Health study shows that Latino schoolchildren in Monterey County are 320 percent more likely to attend a school near the heaviest pesticide use as their white peers.

Worse, DPR air monitoring has shown that the pesticides chlorpyrifos and Telone are often present in the air around agriculture communities, which can have severe long-term health impacts such as autism, IQ loss and cancer.

“It’s unbelievable that DPR has taken no steps to address the severe impacts of chronic exposure,” said Ohlone Elementary School teacher Melissa Dennis. “DPR has chosen to ignore the science and concerns of health experts, not to mention the cry of impacted communities demanding relief for their children and themselves.”

A woman died after she was struck by a pickup as she was crossing Main Street Monday afternoon.
Read more